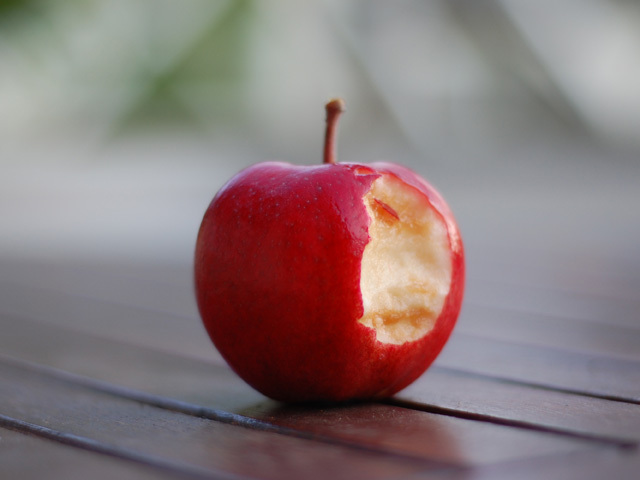 (MoneyWatch) Are Apple's (AAPL) fortunes up or down? It depends on whom you ask. Apple's official and backdoor PR is in full swing. Fans point to signs of new products with huge potential, widening adoption of the iPad, and emerging markets that might latch onto a new relatively inexpensive iPhone.

But investors? Apple closed at a 52-week low on Monday. Why does a company that to so many think can do no wrong do so little right in the eyes of Wall Street? It comes down to the need for Apple to change to keep moving forward -- and that makes it anything but a sure bet for analysts and big money players.

The good news for the Apple-phile has been racking up. Financial professionals are taking to work on iPads. T-Mobile said that it had a hit in selling the iPhone. Foxconn has ramped up production in anticipation of the expected iPhone 5S launch. Rumors of possible features are already heating up. And, according to Apple cheerleader Gene Munster of Piper Jaffray, a new $300 no-contract iPhone could grab 11 percent of the low-end smartphone market by next year. And then there is the supposed iWatch that could be a computer display on a wrist that connects wirelessly to an iPhone.

That is a litany of good news. So why do investors remain so dour? It may be a matter of habit and caution. Apple got to the top of the consumer electronics heap through a formula: Create hot products, sell them at high margins, and move ahead of the competition.

But Apple's future is far from the certainty that Wall Street likes. Low end phone? That would likely mean much leaner margins, even though it could fuel a level of growth that is becoming harder to achieve as smartphone become more commonplace. An iWatch could be exciting, or it might not move beyond an Apple-oriented hipster crowd. (Plus, Microsoft and Samsung are reportedly working on their own wrist-wearable computers, while Google moves in an additional direction with its Google Glasses augmented reality head display.) And then there are the little things, like all that cash Apple sits on while the stock price drops, making investors feel that they're not getting the necessary value from the company.

Even if Apple is successful in these new areas -- and that's hardly guaranteed -- it may not bring in the level of profit that Wall Street wants. That would mean a shifting business model for the company and even greater uncertainty for investors. Until Apple proves that it will move forward, continuing a frenetic pace rare in business, the split between customers and investors is likely to continue.