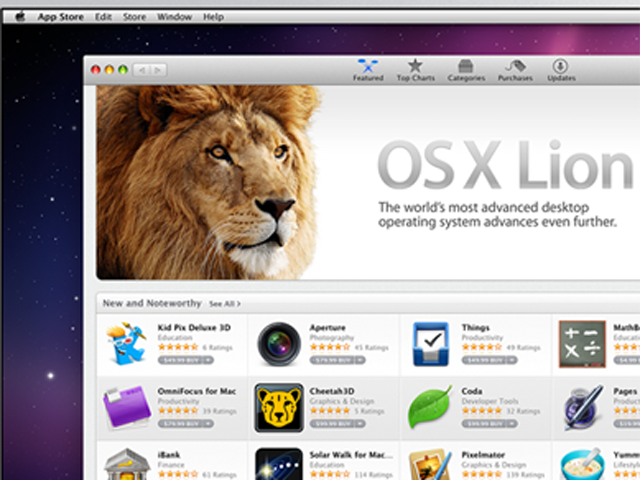 Apple today announced that it sold more than 1 million copies of Lion, the latest version of its Mac OS on its first day of availability.

The software, which , made its debut back in October during the company's "" event. In today's release, the company noted that customers are buying Lion "faster than any other OS release in Apple's history."

"Lion is off to a great start, user reviews and industry reaction have been fantastic," said Philip Schiller, Apple's senior vice president of worldwide product marketing, in a statement. "Lion is a huge step forward; it's not only packed with innovative features but it's incredibly easy for users to update their Macs to the best OS we've ever made."

Lion is the first version of Apple's Mac OS to be offered as a digital download through the Mac App Store. The company plans to let customers buy it , more than double the software's $29.99 digital price tag, sometime next month.

So far the new operating system has amassed 9,376 user ratings on the Mac App Store, along with 2,091 written reviews. All told, that averages out to a 4.5-star rating (out of 5 stars).

This is the first time Apple's boasted about sales numbers for one of its OS updates since releasing Leopard back near the end of 2007. That version of the OS in its first weekend on sale.