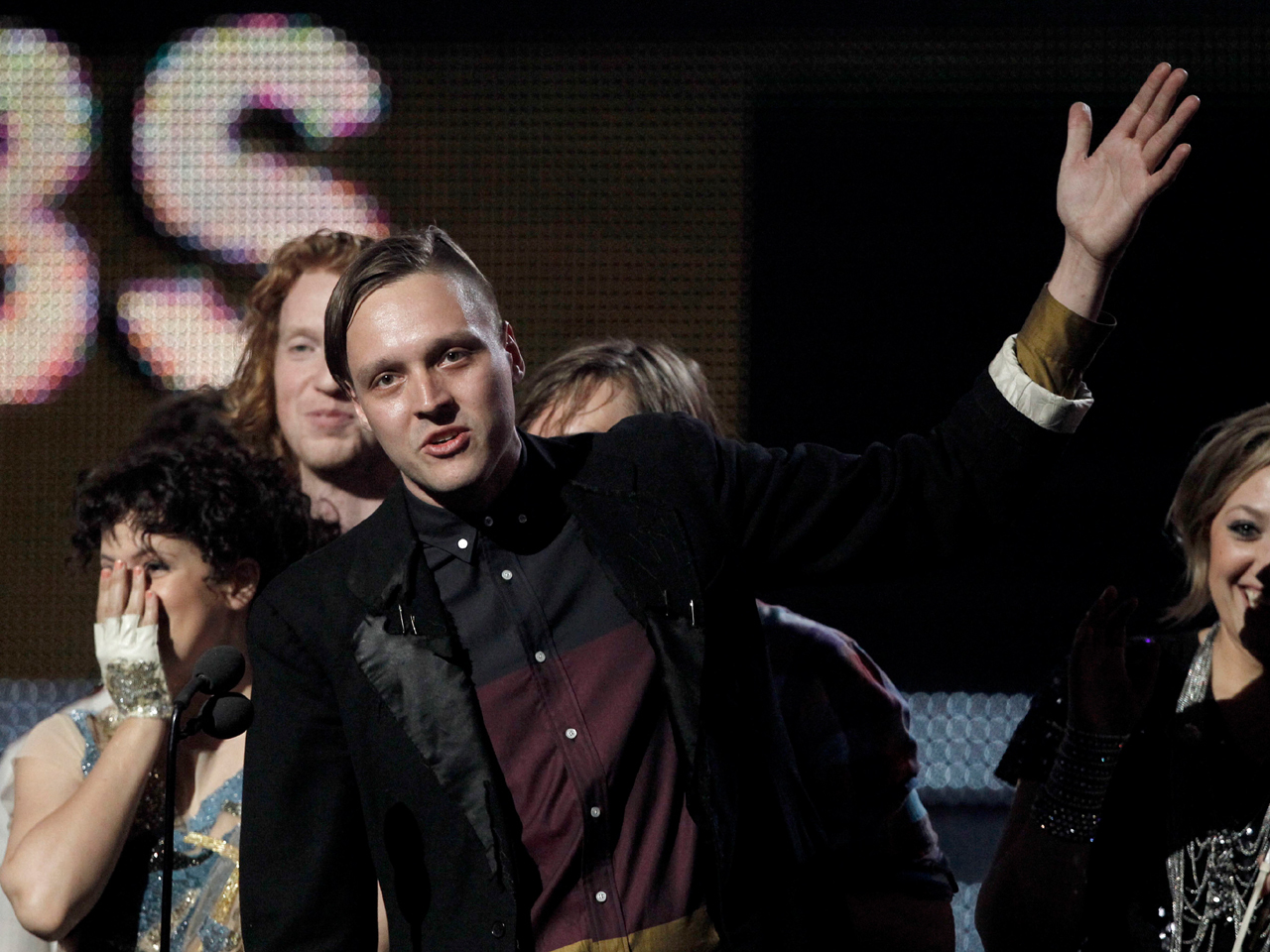 (CBS) Grammy Awards viewers got to enjoy a rip roaring encore performance following Arcade Fire's unexpected win for "Best Album of the Year," for "The Suburbs," on Sunday.

This was the first time on a Grammy stage for the Montreal Band which sang "Month of May," moments before their big win.

Their initial performance of "Month of May" was energetic and unique. The group is known for their large collections of instruments - most of which were used in Sunday's performances, including megaphones and violins. The band also had stunt bikers who wore cameras on their helmets perform tricks and circle the band on stage.