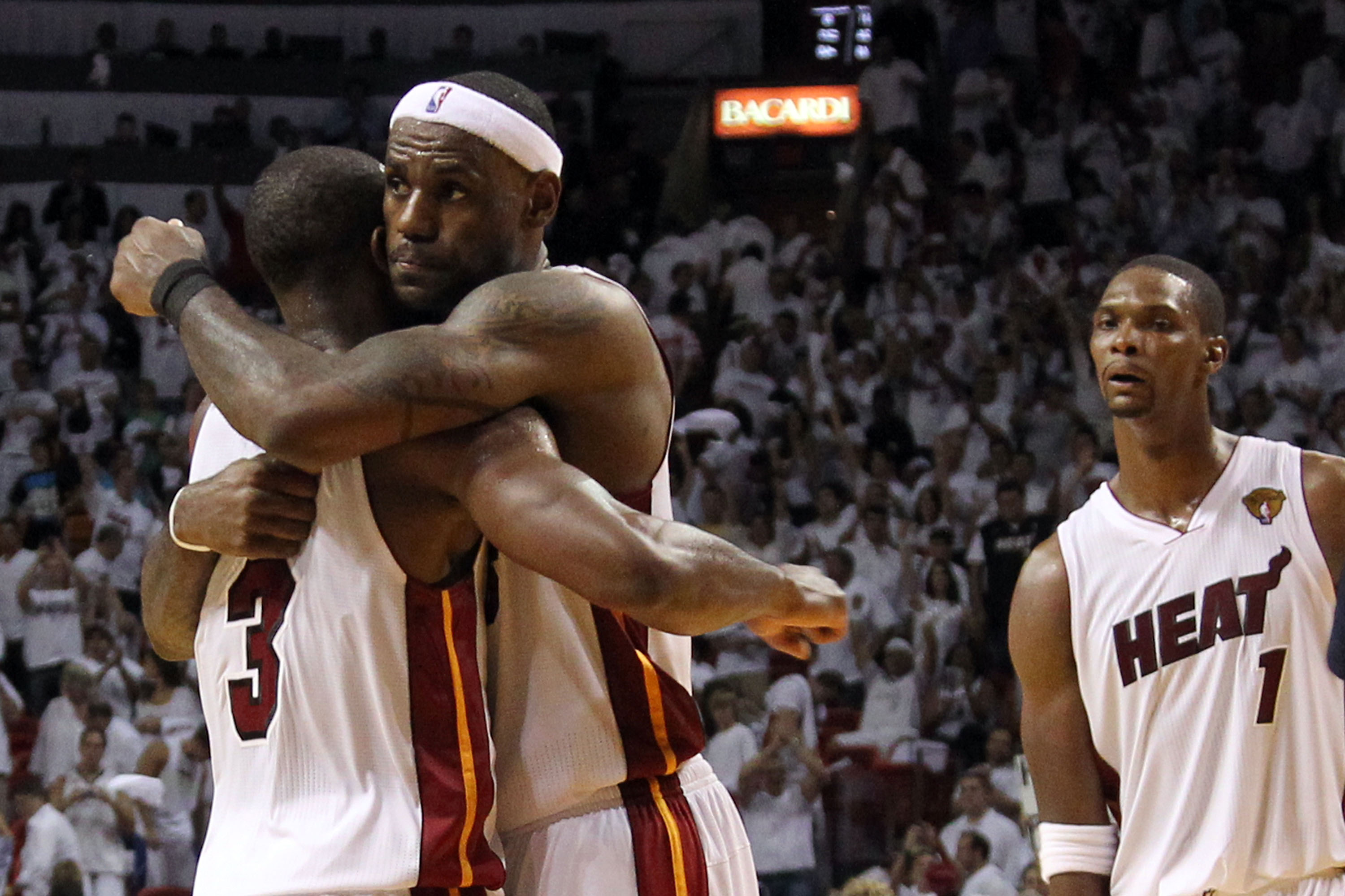 (CBS/AP) With a convincing Game 6 win over the Pacers, the Chrish Bosh-less Miami Heat - the Big Three-Minus-One - are headed back to the Eastern Conference finals.

And now with three straight dominating performances by LeBron James and Dwyane Wade, the question must be asked: Are the Heat better without Bosh?

"Chris Bosh is an awesome basketball player, but when he goes down, that just means more touches for LeBron and Wade," Vogel said. "That's not exactly an advantage."

Indeed, the Big Three dynamic presents a challenge: How can three star players co-exist, share the ball and potentially watch their numbers drop? Now that Bosh is sidelined, there is no such chemistry problem.

The numbers are astounding: Over the course of three games, James scored 98 points, grabbed 34 rebounds and dished out 24 assists. Wade had 99 points, 22 rebounds and 11 assists. Chris Bosh, sidelined by an abdominal injury, wasn't missed at all.

As CBSSports.com's Gregg Doyel notes: "If there's a defense for them, it hasn't been invented -- because until the past few weeks, this offense hadn't been invented yet. But it has been invented now. Set free by Bosh's injury, Wade and James are now unleashed."

Still, it's doubtful that James and Wade can keep up the dazzling pace and one has to wonder if the Heat can survive two more series with just one legitimate big man (Udonis Haslem).

One week earlier, the banged-up Miami was down 2-1 after getting thumped 94-75 in Indianapolis. The fired-up Pacers, who held a big size advantage over Miami, had another game on their home court and a chance to build a commanding lead.

Wade and James simply refused to let it happen.

"We understand that when Chris went out, we had to step up," Wade said. "The team looked to us to lead."

The banged-up Heat will get a chance to relax a couple of days before worrying about the next opponent, who will be determined in Game 7 at Boston on Saturday. The conference finals start Monday in Miami.

Bosh hopes to return at some point, but it might not matter.