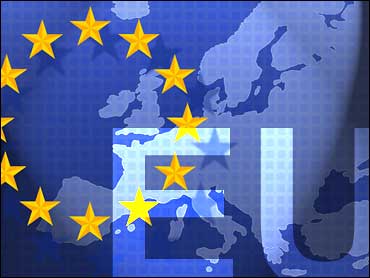 
With the 2008 presidential campaign in full primary swing, to many Americans a new horizon seems to be approaching. And across the Atlantic, news-savvy Europeans are keeping on eye on the action: They buzz about Barack Obama and are curious about the newest official candidate, Fred Thompson.

But Europeans' interest in the race comes against a backdrop of famously low public opinion about Washington. Since President Bush was elected into the White House, European opinion of the U.S. government has been sinking steadily, aside from a short-lived boost following 9/11.

Currently, 77 percent of Europeans say they actively disapprove of President Bush and his policies — including the wars in Afghanistan and Iraq, and the U.S. not participating in the Kyoto treaty. That number has been slipping since 2002, when disapproval was at 54 percent.

Could a new face in the White House give transatlantic relations a boost?

A new survey says: not really.

The 2007 Transatlantic Trends poll compiled by the German Marshall Fund and other international groups found that roughly half of Europeans polled expected relations with the United States to remain the same after the 2008 election. Slightly more than one-third said they expected relations to improve.

Americans were slightly more optimistic. Forty-two percent of those surveyed said they expected relations would improve.

The Europeans were surveyed in June for the poll released last week in Berlin, Brussels and Washington. More Europeans say they think relations between Europe and the United States have gotten worse in recent years (36 percent) than say relations have improved (16 percent).

"As we look ahead to 2008, it will take more than changes in leadership to mend past rifts," said Craig Kennedy, president of the German Marshall Fund of the United States.

There is already a fresh leadership tableau in West Europe, with England's Gordon Brown, France's Nicolas Sarkozy and Germany's Angela Merkel all taking office after the start of the Iraq war. And since, French President Sarkozy and German Chancellor Merkel have each pledged to improve relations with Washington.

The sixth annual Transatlantic Trends survey also showed that the United States is slipping gradually on a global favorability index. In 2002, Europeans from seven countries gave America a 64 on a one to 100 scale. Now it sits around 51. In contrast, Europeans rated China at 45 and Iran at 28.

The annual Pew Global Attitudes study confirms these attitudes. The 47-nation survey found this summer that global public opinion about the United States has plummeted not only in Muslim countries but also among traditional allies.

Andrew Kohut, director of the Pew Global Attitudes Project, told a newspaper that anti-Americanism "has worsened among America's European allies and is very, very bad in the Muslim world."

Europeans and Americans agree that "the management of the war in Iraq" is a major factor in the rift (40 and 38 percent cite it, respectively), but more Americans blame "President Bush himself" as the cause of soured relations with Europe. While Americans seem to neglect other factors, Europeans also cited the treatment of prisoners at Guantanamo Bay and the fact that the United States is not participating in the Kyoto treaty (12 percent) as factors in the judging relations.

A separate poll, released by the BBC on Friday, polled more than 23,000 people in 22 countries. It found that nearly two-thirds of those polled would like the U.S.-led coalition troops to leave Iraq. Thirty-nine percent thought troops should leave Iraq immediately, while 28 percent said they should be pulled out within a year.

In Germany, the percentage of respondents who said they see U.S. leadership as desirable slumped to 38 percent from 68 percent five years ago. Of the countries surveyed, only the Netherlands, Romania and the United Kingdom viewed U.S. world leadership as more positive than negative.

Whether the 2008 elections affect European opinion of the United States, Americans and Europeans share common ground on global concerns. Amongst Europeans, 66 percent said it was likely that within 10 years they would be personally affected by international terrorism. Seventy-four percent of Americans agreed.

Americans were more likely to say that in the next 10 years they would likely be personally affected by energy dependence and economic downturn than any group of Europeans surveyed. More than half of Europeans and 43 percent of Americans said they were likely to be affected by global warming.

German Marshall Fund president Kennedy said seeing eye-to-eye on global threats might just serve as baseboard from which to reconstruct stronger U.S.-Europe relations. But an attitude shift is also necessary.

"Greater openness and a willingness to work together across the Atlantic will be needed as the world continues to struggle with an increase in global threats," he said.