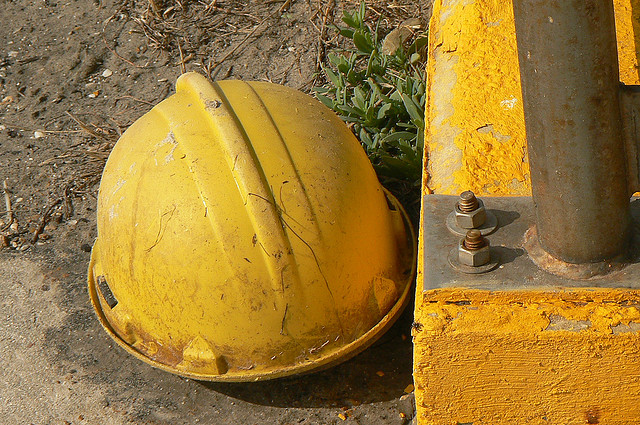 (MoneyWatch) COMMENTARY If your child came to you and said, "I have no interest in college. I'd like to be a pig farmer," would your first reaction be, "You need to go to college. You can get a degree in Animal Husbandry or Agricultural Science and then you can be a veterinarian," or would you say, "Why don't you see if you can get a summer job working on a farm and see if that's truly what you want?"

The reason I ask is that I just read a letter from Mike Rowe, of "Dirty Jobs" fame. He wrote it to Mitt Romney, but he brings up a point that is relevant to all of U.S. society. In response to questions about why there is a skilled labor gap, Mr. Rowe writes:

I shared my theory that most of these "problems" were in fact symptoms of something more fundamental - a change in the way Americans viewed hard work and skilled labor. That's the essence of what I've heard from the hundreds of men and women I've worked with on Dirty Jobs. Pig farmers, electricians, plumbers, bridge painters, jam makers, blacksmiths, brewers, coal miners, carpenters, crab fisherman, oil drillers...they all tell me the same thing over and over, again and again - our country has become emotionally disconnected from an essential part of our workforce. We are no longer impressed with cheap electricity, paved roads, and indoor plumbing. We take our infrastructure for granted, and the people who build it.

Are we emotionally disconnected from an essential portion of our workforce? I had an experience a few months ago that I didn't think much of then, but now I find fascinating. I'm an American but I'm currently living in Switzerland. My German is passable, but I'm far more comfortable speaking English. So, when I needed my living room painted, I sought out a painter that advertised himself as speaking fluent English.

He had recently moved from America to Switzerland to accompany his wife on an expat assignment. During the course our interaction he told me multiple times that in America he had been a construction executive and had managed teams of workers and entire building projects. The only reason he was painting was that he needed to learn German before he could work managing construction teams in Switzerland.

Whether he was ashamed of his current occupation or not, I don't know. But it was clear that he felt it was important that I know that this was a temporary stop. While he could paint, he most certainly was not a career painter. He was better than that.

I think it has something to do with how he perceived skilled labor -- something you do if you can't get a professional job. This, of course, is utterly ridiculous. Why do we think it's admirable to be able to do things that require sitting on our behinds in front of computer screens, but a failure if we build a road?

Today, we can see the consequences of this disconnect in any number of areas, but none is more obvious than the growing skills gap. Even as unemployment remains sky high, a whole category of vital occupations has fallen out of favor, and companies struggle to find workers with the necessary skills. The causes seem clear. We have embraced a ridiculously narrow view of education. Any kind of training or study that does not come with a four-year degree is now deemed "alternative." Many viable careers once aspired to are now seen as "vocational consolation prizes," and many of the jobs this current administration has tried to "create" over the last four years are the same jobs that parents and teachers actively discourage kids from pursuing. (I always thought there something ill-fated about the promise of three million "shovel ready jobs" made to a society that no longer encourages people to pick up a shovel.)

I agree. We have adopted a "ridiculously narrow view of education." We send (or attempt) to send our children to universities and simultaneously praise them for obtaining degrees in areas that don't prepare them for a career, complain about them living in our basements and wonder why we cannot find a good plumber.

We need to acknowledge that all honest work is good work. One doesn't become more virtuous when your job requires showering before work rather than after coming home.

For further reading:
Why my child will be your child's boss
Stand up for yourself without getting fired
Want to increase jobs? Eliminate these laws