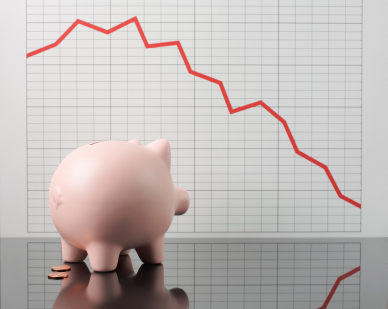 (MoneyWatch) If you participate in a 401(k) plan, under new disclosure regulations that took effect last month you should have received a summary of the investment performance of the funds in your plan by now. This disclosure should include a comparison of each fund in your plan to the appropriate benchmark, so that you can tell if your funds are performing below or above average.

If you're the type whose eyes glaze over at numbers and figures and you're thinking about just throwing away this disclosure, understand that you may be throwing away thousands of dollars. Do I have your attention now? Let me show you what to look for in these disclosure documents and explain how they can help you save more money each year.

A relative recently showed me the disclosure statement she'd just received in the mail. The statement displayed a pretty poor comparison of her 401(k) plan's fund investment history (see the copy below). Although I've covered up the plan name and identification to prevent embarrassing the company owner, I have no problem showing the factual information that compares the performance of the funds provided by the financial institution to the appropriate benchmarks.

For most of her plan's investment funds, the performance of the fund lagged behind the appropriate benchmark by one percent, two percent, or three percent per year -- even more in some instances -- for most of the three comparison periods.

My relative wasn't quite able to comprehend the magnitude of this problem by just seeing these percentages. After all, a percent or two difference in annual returns might not sound too bad if you don't quite understand how to compare the numbers. She clearly didn't understand that consistently losing a few percent points year after year would cost her thousands of dollars over the long run.

That sure got her attention. She's marching in to her boss' office to ask him why her funds have performed so poorly. And that's exactly the reason for these new disclosure requirements: To disclose to plan participants whether their funds are performing well and to encourage plan sponsors to investigate the funds in their company's 401(k) plan to see how they can help their employees accumulate more money for retirement.

It turns out that there's at least one powerful reason why these funds have performed so poorly compared to the benchmarks, and that's the investment management fees that are being assessed against the funds in her plan. Stay tuned for my next post that shows you how to analyze the fee disclosures for this plan to see how to help avoid being taken to the cleaners on paying investment fees.

In the ongoing debate about the appropriate level of government regulation, this is one example of healthy regulation that helps expose underperforming 401(k) investment providers in order to protect consumers. And in this case, knowledge is power.