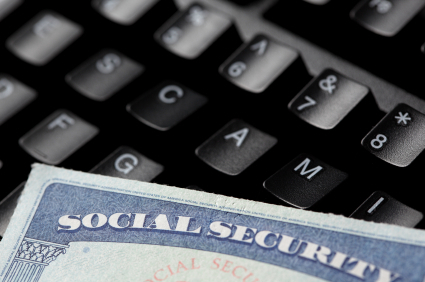 (MoneyWatch) Will you get your money's worth from paying your Social Security taxes? If I received a dollar every time I heard a "no" answer to this question, I could retire right now! Unfortunately, many of these "no" answers are based on opinion, not facts and figures.

One authoritative answer comes from the actuaries at Social Security, who recently released a report in which they estimated the real rates of return that various hypothetical workers might receive from the contributions they and their employers pay into Social Security. This comprehensive analysis suggests that the answer to the question is "yes" for the vast majority of workers. Let's take a look.

First, the report is quick to point out that unlike your contributions to a 401(k) plan, the taxes you and your employer pay into Social Security aren't invested and accumulated in an account in your name to be paid to you during your retirement. Instead, the taxes you pay entitle you and your beneficiaries to monthly income amounts that are paid upon your retirement, disability, and/or death. The amount of the benefits you and your beneficiaries receive are defined by Social Security's benefit formulas and provisions, not by the accumulated taxes paid by you and your employer.

Nevertheless, it's possible to estimate the real rate of return, after inflation, for your contributions so you can see that if this rate of return were credited to the taxes paid by a worker and his or her employer over the course of a working career, the accumulated amount would pay for the estimated benefits that would be received over the expected lifetime of the worker and his or her beneficiaries. And that describes the calculations prepared by the actuaries at Social Security in their report for a very large number of hypothetical workers and scenarios in a thorough attempt to cover all the bases.

The actuaries looked at hypothetical workers who had very low, low, medium, high, and maximum covered wages, for years of birth ranging from 1920 to 2004. Within each wage and birth group, they looked at single men, single women, a one-earner couple, and a two-earner couple. They included additional hypothetical couples by assuming various combinations of spouses who had very low, low, medium, and high wages for a total of 297 hypothetical situations in all.

In order to reflect that it's inevitable that some adjustments to either benefits or taxes would be made to Social Security due to projected shortfalls in the program's funding, for each of these 297 hypothetical workers and couples, the actuaries looked at three benefit and tax scenarios:

In order to consider all the combinations of 297 hypothetical workers under the three benefit and tax scenarios, the Social Security actuaries prepared 891 "money's worth" calculations. Whew!

Now for a summary of some key results. First, in none of the 891 calculations did the hypothetical worker receive an estimated real rate of return that was negative. In other words, all hypothetical workers in all scenarios were estimated to receive a rate of return that at least equaled the projected rates of inflation. The estimated real rates of return ranged from an annual rate of 0.04 percent to 9.19 percent per year. It's instructive to look at the circumstances of the highest and lowest estimated rates of return.

The lowest estimated rate of return under the current law was for a maximum wage-earner, single male, born in 1964. This result reflects the fact that men don't live as long as women as well as the front-loading feature described above, working in reverse.

Looking at all the various combinations, large numbers of hypothetical workers received estimated real rates of returns of 2, 3 or 4 percent per year. This suggests that for the vast majority of workers, Social Security taxes are a good investment when you consider that you don't need to assume any investment risk in order to receive the benefits. A real, risk-free rate of return in these ranges is pretty darned good.

One explanation for these results is that the analyses prepared by the Social Security actuaries reflected survivor and disability benefits in addition to retirement benefits; these ancillary benefits are often overlooked in other "money's worth" calculations.

Of course, it's possible to find scenarios not included in these analyses where the worker receives a poor rate of return. For example, single people who die while working and before retirement will receive nothing in return for the taxes they paid.

And you could make other assumptions on a variety of factors that could produce different results. For this money's worth analysis, the Social Security actuaries used the intermediate set of actuarial assumptions that are used to prepare their annual report on Social Security's financial status to Social Security's Board of Trustees. These assumptions are their best estimate of future experience on a variety of factors such as economic growth and demographic trends. For the annual Trustees Report, they also prepare forecasts using low cost and high cost assumptions; use of these assumptions for the money's worth analyses would have produced either more optimistic or less optimistic results compared to the best estimates.

Nevertheless, this comprehensive analysis should help dispel cynicism regarding the value of the Social Security program. It's a very important part of the retirement security of the majority of Americans and it deserves our continued support.