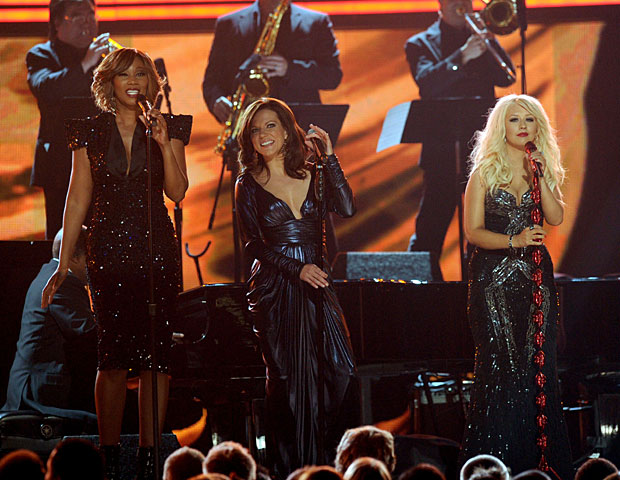 LOS ANGELES (CBS/AP) Aretha Franklin was saluted as "Queen of Hearts" and 'Queen of the Grammys" in a 15-minute tribute that opened the 2011 Grammy Awards Sunday night in Los Angeles.

Franklin, who was hospitalized last year and has canceled concerts and personal appearances through May, made a video appearance at the ceremony.

"Aretha Franklin is, and always be, the Queen of Soul," LL Cool J said. "Tonight, she's the queen of our hearts, too, and the queen of the Grammys."

The musical tribute opened with "Natural Woman," before moving into solos of "Respect" by Hudson, "Think" by Florence Welch of Florence + the Machine and "Sprit in the Dark" by Yolanda Adams.

Wearing a white strapless gown, Franklin, 68, appeared in the videotape to have lost weight, but made clear she had no intention of leaving the music scene anytime soon.

"I wish that I could have been with you tonight, but since I couldn't -- next year, OK?" she said.

Franklin had surgery late last year for an undisclosed ailment. She was photographed Friday at a basketball game in Detroit

She was certainly on the minds of fellow artists, including Lenny Kravitz, who credited Franklin's influence for part of his musical career.

"She's the queen," Kravitz told The Associated Press before the Grammys. "She's it. She's part of why I do what I do."