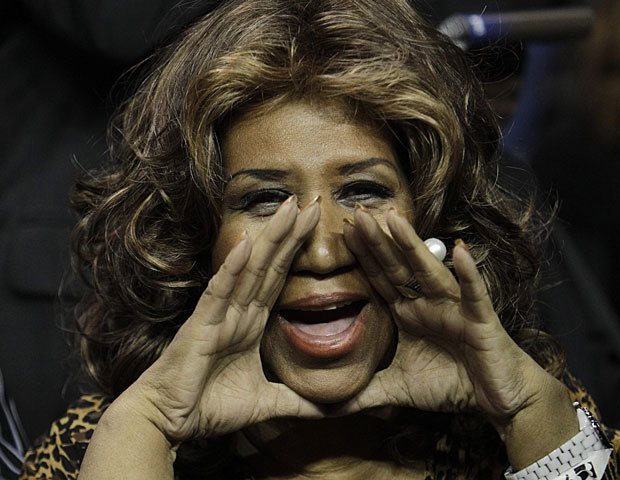 (CBS/AP) She thought about what her diet was doing to her. She's respecting her recovery after surgery. And now Aretha Franklin, who says she's back at "150 percent," is planning to return to the stage in May for her first post-surgery performance.

The Grammy Award-winning singer will also release an album that month with Wal-Mart Stores Inc. More personally, she's working on losing more weight from her frame, which is noticeably slimmer since her December surgery.

The 68-year-old Franklin underwent surgery for an undisclosed ailment in December. She calls it "more than minor surgery."

At the time, word spread that her situation was dire, and she has received a multitude of prayers and well wishes from fans. She dismissed reports that had her on her death bed: "You can't stop people from saying whatever it is they're going to say; you have no control over that."

Since her surgery, Franklin has been working out and walking on a track three times a week for at least a mile.

But she said her biggest health change has been in her diet: She's given up her beloved chitterlings, pigs' feet and ham hocks in favor of a Whole Foods-type diet, and she hopes to get down to a size 16.

"They're off my diet. They just really don't fit with Whole Foods," Franklin said Wednesday in a phone interview with The Associated Press. "I had it for enough years that I don't miss it. You can't continue to eat things that are not good for you."

Franklin, who canceled several performances last year because of illness, has set her first concert since surgery on May 28 at the Seneca Niagara Casino in Buffalo, N.Y., and is set to release her long-awaited album, "Aretha: A Woman Falling Out of Love," the first week of May. R. Kelly is one of the album's songwriters.

"It's definitely going to take the boomers back ... but it's also contemporary with respect to other writers and production," she said.

Franklin was feted by the Grammys this week, as the show opened with a tribute to her featuring Christina Aguilera, Jennifer Hudson, Florence Welch, Martina McBride and Yolanda Adams.