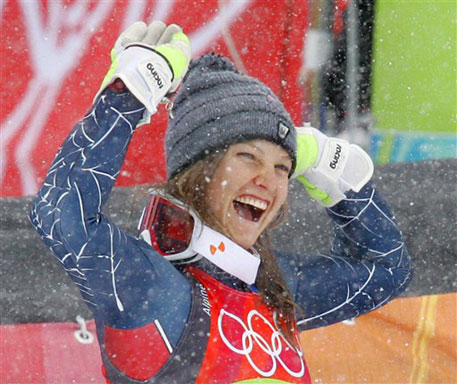 It wasn't supposed to end this way for Arie Luyendyk. Maybe if his car had broken down, it would have been easier to take. Or if he had simply been out-raced to the finish line, that would have been OK.

But to make a rookie mistake while leading his final Indianapolis 500 was simply inexcusable for the Flying Dutchman.

"I really feel stupid right now," Luyendyk said after crashing out of his farewell race Sunday on lap 118. "It's going to be a long summer, thinking how things might have been."

The two-time 500 winner announced his retirement before the Indy Racing League season, with the caveat of coming back for one final drive at his favorite track.

The 45-year-old Luyendyk started from the pole and was leading his 63rd lap of the day when he came up behind the lapped car of Tyce Carlson, trying to make a seemingly harmless inside pass in Turn 3.

Suddenly, about the time Luyendyk's right front wheel drew even with Carlson's back left tire, the Dutchman's G Force Aurora began to wobble and shake. In a matter of seconds, it was over the car spun around backwards and slammed into the wall.

Luyendyk wasn't hurt, but his frustration was apparent as soon as he climbed from the battered car. He hovered over the wreckage, hands on hips, as if he couldn't comprehend what had just happened. As he walked toward the infield grass, he slapped his right glove on the hood of the red safety truck, a rare display of emotion from this stoic man.

"I should have known better than to be racing the traffic that hard," Luyendyk said. "I was having so much fun. I probably just got too relaxed out there."

Luyendyk, who won Indy in 1990 and '97, hugged his son, Arie Jr., and fought back tears after leaving the infield hospital. The only injury: a bruised ego.

"The car was unbelievable," he said. "I could go anywhere I wanted to go on the track."

Luyendyk couldn't help but think back to the 1994 race, when Emerson Fittipaldi had a huge lead with less than 10 laps to go but slammed into the wall while trying to get past teammate Al Unser Jr.

"I know how Emmo was feeling now," Luyendyk said with a sigh. "Ahh, this is too bad. I can't believe it."

His 17-year-old son, himself a budding racer, was just as somber. Arie Jr. had allowed himself to imagine what it would be like to embrace his father in Victory Lane, celebrating that third Indy 500 triumph.

"I was starting to get my hopes up," the teen-ager said. "I was trying not to, because I know this place has a way of biting you in the butt. You shouldn't think about winning until the last lap."

Luyendyk waved to the huge crowd at Indianapolis Motor Speedway on his warmup lap, then pulled away from the field as soon as the green flag waved. He led the first 32 laps and seemed to have the strongest car in the field, surrendering the top spot only when h dipped into the pits.

As it turned out, the car might have been too strong for Luyendyk's own good.

"I was driving so confidently," he said. "Maybe my confidence bit me at the end. I got too greedy."

Luyendyk felt he was pinched a bit in Turn 3 by Carlson, forcing a touch of the brakes that sent the leading car skidding into the wall. Television replays seemed to show the blame clearly belonged to the more experienced driver.

"It was my fault," Luyendyk conceded. "I was the guy making the pass. There's no excuses."

Luyendyk wavered a bit when asked if he might change his mind about retiring, but that was merely the competitor in the man showing through. He's looking forward to spending time with his family, in addition to working as a television analyst on IRL events and assisting the Treadway Racing team.

"I'm going to stick with my plan," he said. "I'll be back here next year in another capacity and enjoy the race. ... But I know when I come back next year, I'll start kicking myself again for what happened here today."

Arie Jr. doesn't want his father to return for another run, either.

"He needs to retire. My mom is always worried," the teen-ager said. "He's had some great moments here. I don't think he'll dwell on finishing this way. I hope not, anyway. If he does, he'll probably want to come back."

Instead, this appears to be the final vignette for the Flying Dutchman: He hopped aboard a golf cart, waved to the fans and drove away from the Indy 500 at considerably slower speed than he should have.