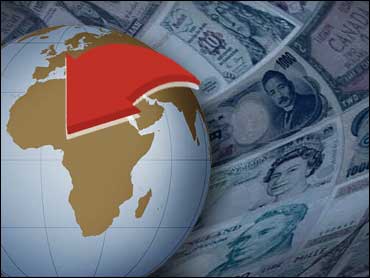 After getting millions of dollars to fight AIDS, some African countries responded by slashing their health budgets, new research says.

For years, the international community has forked over billions in health aid, believing the donations supplemented health budgets in poor countries. It now turns out development money prompted some governments to spend on entirely different things, which cannot be tracked. The research was published Friday in the medical journal Lancet.

Experts analyzed all available data for government spending on health in poor countries and the aid they received. International health aid jumped from about $8 billion in 1995 to almost $19 billion in 2006, with the United States being the biggest donor.

Most countries in Latin America, Asia and the Middle East doubled their health budgets. But many in Africa - including those with the worst AIDS outbreaks - trimmed their health spending instead. In the Lancet study, for every dollar received from donors, poor countries transferred up to $1.14 originally slated for their health budgets elsewhere. The research was paid for by the Bill & Melinda Gates Foundation.

"We don't know what countries are doing with their own money once the donor money comes in," said Christopher Murray, director of the Institute for Health Metrics and Evaluation at the University of Washington and one of the paper's authors. Murray said health aid saves millions of lives, but governments need to be more transparent about what they're spending on.

The research raises questions about whether international aid is sometimes detrimental. Previous studies have found pricey United Nations health initiatives haven't paid off and occasionally hurt health systems. Experts estimate about half of international health aid can't be traced in the budgets of receiving countries.

In Uganda, which has benefited from billions of dollars in U.S. aid to spend on anti-retroviral drugs critical to treating HIV/AIDS, government-directed health spending since 2002. In that year, domestic health spending was 3.2 percent of Uganda's gross domestic product. In 2006, that level fell to 2.2 percent, according to the study.

Watch CBS News Videos Online
Murray's paper also found debt relief had no effect on health spending. Activists like Bob Geldof and Bono have long argued canceling African debts would allow countries to spend more on their health problems, but there was no evidence of that.

"When an aid official thinks he is helping a low-income African patient avoid charges at a health clinic, in reality, he is paying for a shopping trip to Paris for a government minister and his wife," said Philip Stevens, of the London-based think tank International Policy Network. He was not linked to the study.

Others said countries might be shifting money to other areas that could benefit health tangentially, like building schools or roads.

Stevens said donors should demand results from countries before agreeing to cough up more cash, and that foreign aid gives countries little incentive to tackle their own problems. "Why should African governments, many of whom are riddled with corruption, direct resources towards social services when they can rely on international donors?" he said.

Health officials said more research is needed on how money gets spent in poor countries and that the West shouldn't immediately pull the plug.

"Donors should be much more insistent about whether aid does add to health budgets," said Andrew Cassels, a senior strategy expert at the World Health Organization. "In the past, it was assumed that aid did good things, but we clearly need more data."