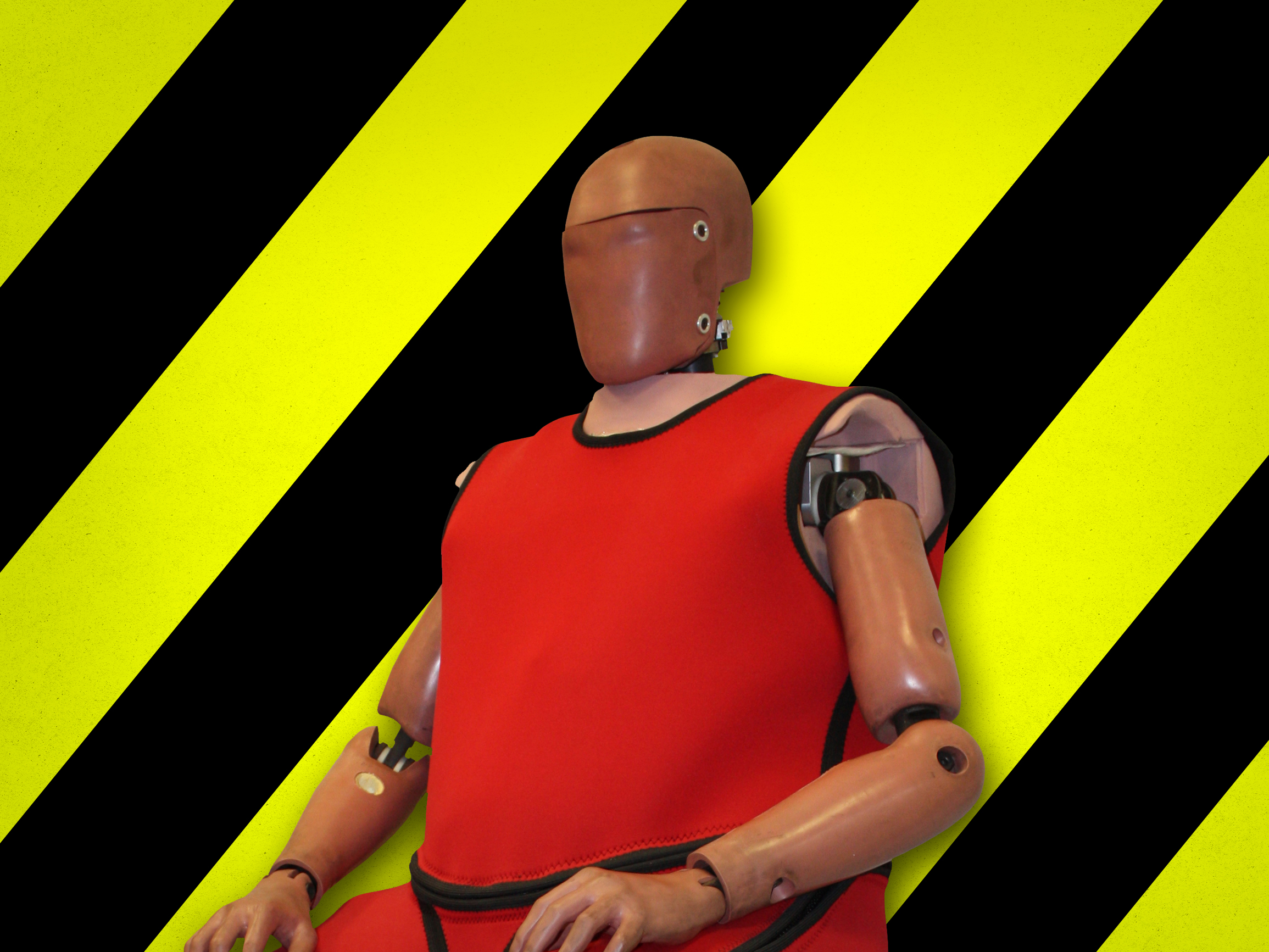 Crash-test dummies are getting an American make-over.

A safety motivation was the driving factor behind the new model, which was introduced in a prototype in August, O'Connor said.

"Obese occupants are up to 78 percent more likely to die in a car crash than an average weight driver," he noted.

That's backed up by research into how obese people are impacted by car crashes, with a 2013 study published in the Emergency Medicine Journal finding that obesity raised the increase of death in a car crash by as much as 80 percent for the fattest car occupants. The authors of the article called for automobile makers to rethink their safety designs, given the "continuing obesity epidemic in the USA."

Obesity is increasingly common in the U.S., with one-third of the country considered obese, according to the Centers for Disease Control and Prevention. Aside from an increased risk of death in a car crash, obesity is also linked to conditions such as heart disease and stroke.

But crash-test dummies aren't only getting a makeover for their girth. Humanetic's O'Connor told the trade publication that his company is also working on new crash-test dummies that reflect how elderly passengers are impacted in car accidents.

Aside from becoming fatter, Americans are also getting older. In 2009, about 13 percent of the U.S. population was over 65, but that willrise to 19 percent by 2030, according to the Administration on Aging.