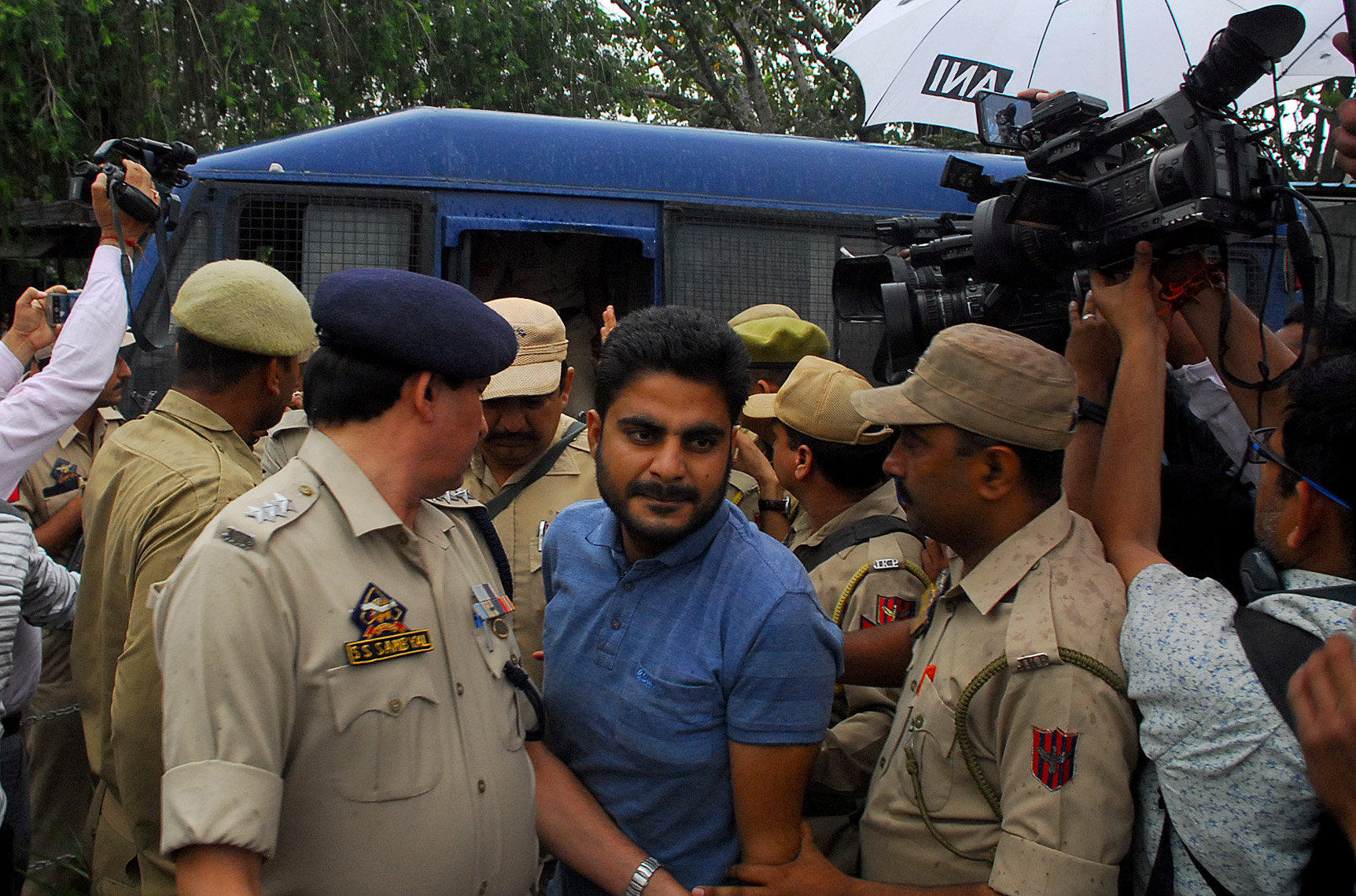 NEW DELHI -- The fast-tracked trial of eight men accused in the brutal gang rape and murder of an eight-year-old Muslim girl began Monday in India, as outrage over sexual crime spread yet again across the country. In a court in Indian Kashmir town of Kathua, where the premeditated crime was allegedly committed in January, the accused pleaded not guilty and asked to undergo chemical lie-detector tests.

It was a brief first day in the trial. The court requested copies of the police charges to be shared with the suspects' legal teams, and said the trial would resume on April 28.

The body of Asifa Bano was found in Kathua on January 17 this year. A four-month police investigation found she was kidnapped, starved, drugged, and raped repeatedly inside a Hindu temple. The police say the attack was planned and carried out to try and drive her Bakarwal Muslim nomadic community out of the area.

The case has exposed the tense divide in India between the majority Hindu and minority Muslim population. All eight of the men accused in the case are Hindu, and radical Hindu nationalists have rallied to their defense.

The court also ordered security for the family's lawyer, Deepika Rajawat, who has allegedly faced rape and death threats herself.

"I don't know how long I will be alive. I can be raped… I can be killed… I was threatened 'we will not forgive you,' yesterday," Rajawat told journalists on Sunday.

Public outrage over the case has been growing fast. Over the weekend, protests and gatherings were held in several Indian cities and towns, including Delhi and Mumbai. People from all backgrounds and ages came out with posters and candles, demanding "Justice for Asifa."

This latest wave of protests across India is focused not only on the crime against Asifa, but also against the rape of a 17-year-old girl in Uttar Pradesh state last year. The girl was allegedly assaulted by a legislator of Prime Minister Narendra Modi's Bhartiya Janata Party (BJP).

The case came to light when the teenage victim tried to immolate herself earlier this month. She said her family was threatened when they filed a police case. Her father was picked up by police for questioning and died in the custody. It took a court rap for the state government to arrest the accused BJP legislator.

Many see echoes in the current anti-rape protests of a similar outcry following the rape of a young girl on a bus as it was driven around in Delhi in December 2012.

"There is a lot of anger and deep sense of shame among people," filmmaker Saba Dewan, who led a massive "Not in My Name" protest gathering in Delhi on Sunday night, told CBS News.

Prime Minister Modi's party, the BJP, is facing the brunt of the public anger. Many believe the party has tried to shield the suspects from prosecution in both cases. Modi spoke on Friday after his political opponents started questioning his "silence" on the case. He assured the nation that "no culprit will be spared and complete justice will be done."

"How can the PM's promise of justice be taken seriously if it's not followed by action?" Kavita Krishnan of the All India Progressive Women's Association told CBS News.

It is vital for Prime Minister Modi to handle the case carefully, as there are upcoming state elections, and a general election next year.