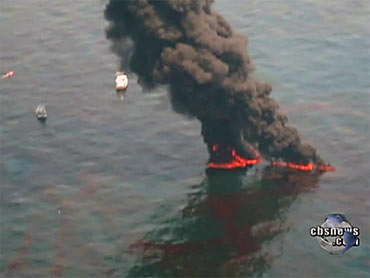 Seven generations ago, Chacon's grandfather, Juan Jose Duran, drove west on a wagon train led by Kit Carson. He would settle near the Purgatoire River in southeast Colorado, and marry Maria Luz Montoya, a Native American, from a Pueblo tribe called the Picuris.

Duran and Luz had a son, Jesus Maria Duran, who had three children of his own: first Frances, then her two younger brothers, Marcelino and Felix. They grew up in the second house built on the Hoehne ranch, made of adobe bricks. It's still standing.

Frances Chacon remembers they "had no electricity, nothing like that. Just, you know, candles, or lamps with oil," and an outdoor water pump.

Horses were a part of life with the Durans. Chacon had three of them. They were race horses.

She worked just as hard as her brothers farming vegetables, bailing hay, raising sheep and training horses for the U.S. military.

For fun, they raced horses and they wrestled. "I used to wrestle," Chacon recalls, "me and my brother. My youngest brother. I was very strong."

In the 1970s, Chacon moved to her own house, in Trinidad, about nine miles south.

Her passion for wrestling followed her there.

Then, she moved north, to Colorado Springs, where she lives today with one of her three daughters, Pat. Her love for wrestling hasn't ebbed a bit.

Chacon says she can't quite pin down how she's stayed healthy for 94 years. "Well, I never did drink nor smoke. Nothing like that."

But wrestling is as much a part of her daily routine as the four generations that sprouted around her, including her six great, great grandchildren.

"They're all close to me. Every one. They're very nice to me," she says.

Including granddaughter Alice Ludi, who e-mailed The Early Show Week of Wishes staff with a special request: "My grandma … loves wrestling. She watches it every day on tape or scheduled TV. Please make my wish come true. I would love for my grandma Frances to meet a wrestler, retired or not. …Please, please, please help me to let my grandma meet a wrestler. This is my second time making a wish. My grandma is in great shape for her age but time is running out. Begging In Colorado, Alice M. Ludi."

On The Early Show Wednesday, Ludi's wish was granted, and in grand style.

Triple H presented Chacon with an autographed copy of his book (Triple H Making the Game : Triple H's Approach to a Better Body, by Robert Caprio, World Wrestling Entertainment, August, 2004). But he also had a special gift: four tickets to a special WWE show in Philadelphia Saturday evening.

In addition, AirTran Airways provided flights for Alice and Frances. The Chambers Hotel in New York and the Four Seasons Hotel in Philadelphia provided rooms. And chef Waldy Malouf invited them to eat Thanksgiving dinner at his New York restaurant, Beacon.