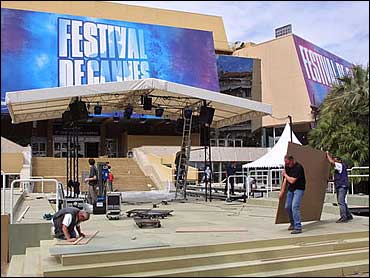 The Cannes Film Festival runs no risk of being shut down by French show-business workers who are protesting cuts to their unemployment benefits, management said.

Dominique Cayla, general director of the Riviera festival that opens Wednesday, told France-Inter radio Sunday that relations with the protesters are good and that there was "no reason (the festival) should go badly."

The protesters, who include actors, set designers and musicians, have been locked in a conflict with the conservative government over plans to slash their special system of unemployment benefits.

Last summer, their protests shut down many festivals, including the famed Avignon theater festival, which draws troupes from all over the world.

Asked if Cannes was at risk of closing, Cayla replied, "There's absolutely no question of that."

"We respect their desire to be heard, to make their point of view known, and they have often told us that they absolutely want the showings and the artists' appearances to take place in good conditions," she said.

There's another reason that major disruptions are unlikely: Cannes hires mostly temps, not part-time show-business workers, unlike many other festivals.

Still, protesters plan to carry out smaller-scale protests at the May 12-23 international festival to get their message out. This weekend, about 100 of them briefly blocked a shipment of movie reels headed for Cannes.

The demonstrators are angry about a reform to France's unique unemployment fund for the world of performing arts, which takes into account artists' frequent downtime by providing them with funding between shows.

The fund has an $1 billion shortfall, and Medef, the powerful business federation that helps operate the system, has pushed to reduce the benefits. The government moved several days ago to soften the reform, but protesters said they weren't satisfied. The plan takes effect next year.

Wednesday's opening film at Cannes is "Bad Education" by Pedro Almodovar, about boys at a Roman Catholic school in Spain in the 1960s.