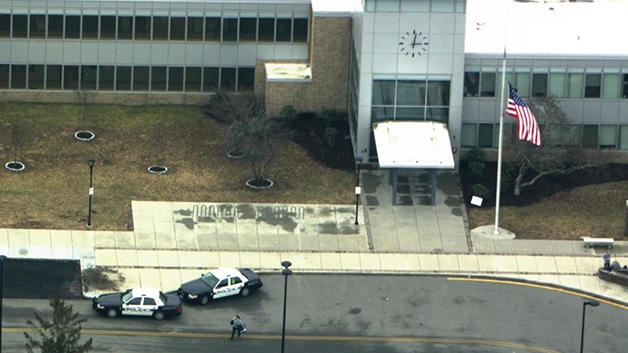 BROWARD, Fla. -- Authorities have reported a number of "copycat" threats against schools across the country in the wake of last week's deadly shooting at a Parkland, Fla. high school last Wednesday, prompting several arrests around the country.

Broward Sheriff Scott Israel told reporters on Thursday that a number of threats had been made against other schools since the mass shooting that left 17 dead and 14 wounded at Marjory Stoneman Douglas High School.

On Sunday, police announced they had arrested a Lauderdale teenager who had posted a message on instagram threatening to kill people at various Broward County schools. According to the statement, "The teen appeared to be remorseful and claimed his post was a joke aimed at scaring his cousin." He is facing one count of sending a written threat to kill, which is a third-degree felony under Florida law.

Authorities in Pennsylvania say a teenager has been arrested after an alleged threat of violence toward a Pennsylvania high school.

Police allege that a 17-year-old Stoystown youth said "he was going to shoot up the school and the people in it." A police statement lists the dates of the alleged threats as Monday to Friday last week during school hours.

The youth was arrested Sunday and placed in a juvenile detention facility. Police opened a terroristic threats investigation but didn't specify charges the youth may face.

In Massachusetts, two Rockland High School teens have also been arrested for allegedly threatening to "shoot up the school," reports CBS Boston. Rockland police say the two freshman boys, 14 and 15, called a Boston TV news station and threatened violence against their school. They were arrested within 30 minutes and will be arraigned on Tuesday, reports the station.

Police in Oklahoma have also detained at least three students from different schools in and around Oklahoma City in connection with threats.

The Oklahoma City Police Department is also investigating multiple threats. One was at Western Heights Middle School where a 13-year-old said he would bring a gun to school. Police say he's being held at the juvenile detention center. Two more threats at Oklahoma City Public Schools are also under investigation.

A 14-year-old student was arrested in Ohio since last Wednesday for bringing a gun to Ross High School in Hamilton. Another teen in Columbus, Wisconsin was arrested for having a firearm in his car.

More students were arrested in Arizona, including a 16-year-old male student in Phoenix, and an 18-year-old in Scottsdale, both of whom were found in possession of firearms, according to CBS affiliate KPHO.

A 13-year-old boy Missouri boy was arrested on Sunday for allegedly threatening on social media that he was going to shoot up his school with an AK-47, according to local media.

Reports of more student arrests continue to come in from around the country, including Vermont, Maryland, and Chicago.

Meanwhile, a Midland, Texas, high school student arrested just prior to the Parkland shootings for having a firearm on school grounds has bonded out of jail.

The Midland Reporter-Telegram reports that the 17-year-old Midland High School student was arrested Tuesday after school district police received a tip that a student had a firearm on campus.

The campus was placed on lockdown.

According to Williams' arrest affidavit, officers found a .40-caliber Taurus semi-automatic weapon behind a dictionary in a classroom.

In another case that emerged just before the Florida shootings, a Washington grandmother is being credited with tipping of authorities with her grandson's alleged school attack plot.