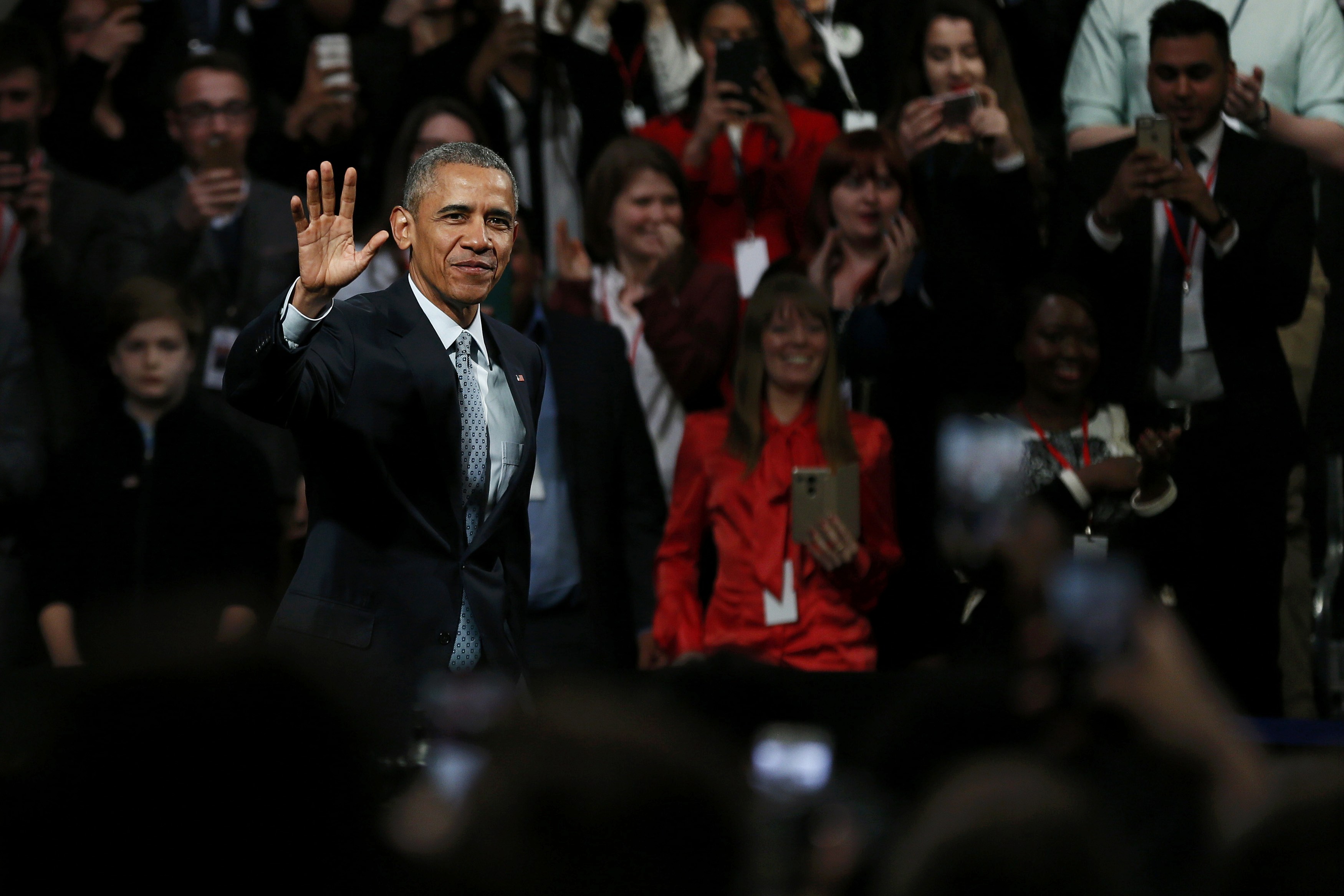 LONDON-- President Barack Obama on Saturday urged the next generation of British leaders to give serious thought to how they solve problems, turning a light-hearted question about priorities for his successor into a treatise on his preference for diplomacy over military conflict.

Obama said keeping U.S. citizens safe is his top priority and he suggested that it should also top the list for whomever Americans elect in November due, in part, to the threat posed by the Islamic State group and other extremist organizations.

How those issues are handled is important, he said. Leaders need to recognize "that security is not just a matter of military actions but is a matter of the messages we send and the institutions that we build and the diplomacy that we engage in and the opportunities that we present to people," Obama said in a question-and-answer session with young leaders. Such events are a staple of his foreign travels.

"That is going to be important for the next president of the United States and any global leader to recognize," Obama said.

Obama held up the recent nuclear deal with Iran as an example of the power of diplomacy over force. "Doing so without going to war is something I'm very proud of," he said.

The question, however, was about priorities for his successor and the audience applauded loudly when the questioner suggested that person will be a "she," as in Democrat Hillary Clinton, or "could be Bernie," a reference to the other Democrat still in the race, Bernie Sanders.

Obama passed up the chance to comment on the fierce campaign to succeed him, but said he'd love to see a focus on early childhood education.

Asked about his legacy, the president said he wouldn't have a good feel for it "until 10 years from now and I can look back with some perspective." But still, he cited his health care law, financial industry reform, the Iran nuclear deal and "saving the world economy from a great depression" among the issues he hopes to be remembered for.

Obama said he'll review a scorecard after leaving office. "I think that I have been true to myself during this process. Sometimes I look back at what I said when I was running for office and what I'm saying today and they match up."

Obama opened his last full day in London by taking in a brief performance cribbed from William Shakespeare's "Hamlet," including portions of the prince of Denmark's famous "To be or not to be" soliloquy.

The performance was part of Obama's tour of the Globe theater - his way of participating in widespread commemorations of the Bard on the 400th anniversary of the playwright's death.

The stop at the Globe, a replica of the circular, open-air playhouse that Shakespeare designed in 1599, rounded out a prince-filled week for the president. Since leaving Washington on Tuesday, he's met with a crown prince in Riyadh, dined with Princes William and Harry in London, reflected on the death of pop music's Prince and met nearly 3-year-old Prince George, William's son.

Obama also met with and congratulated Labour leader Jeremy Corbyn on his election as leader of the party, the White House said. Obama and Corbyn also agreed that the U.K. should remain a member of the European Union. A referendum on the issue is set for June.

Prime Minister David Cameron is leading the effort to keep his country in the EU, but faces opposition from within his Conservative government and among the public. Obama added his voice to the debate on Friday, urging Britons to stay in the union to maintain the country's influence.

Obama was ending Saturday at a dinner with Prime Minister David Cameron and U.S. Ambassador Matthew Barzun at the envoy's government residence.

Obama heads to Germany on Sunday for talks with Chancellor Angela Merkel and other top European leaders. He was also scheduled to help Merkel open the world's largest industrial technology trade show before he heads back to Washington on Monday.