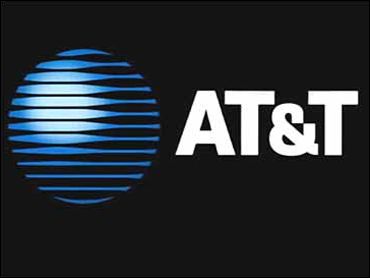 Customers of AT&T Inc.'s U-Verse Voice said their landline phones have had no dial tones since the morning. Reached by cell phone, the customers said those who call them get a message that the line has been disconnected. Support personnel are telling customers that a server crash brought down U-Verse Voice in AT&T's entire 22-state local-phone service area.

AT&T spokeswoman Mari Melguizo said the outage started at about 10:30 a.m., and service was restored to most subscribers at 2:45 p.m. She said the extent the outage was unknown.

AT&T has 1.15 million U-Verse Voice customers. The service sends calls over subscriber's Internet connections, making it technically similar to independent Internet phone services such as Vonage. The technology, known as Voice over Internet Protocol, has a spotty reliability record compared with standard phone service, though it has been improving. U-Verse Internet and TV services weren't affected by the Voice outage.

Charles Tillman, a bank employee working from his home in Jupiter, Fla., said the outage was "infuriating."

"If you have a client calling and they get message saying it's a non-working number, they don't know it's a service outage," he said. "Thankfully, I have my cell phone."

Kimberly Dotseth, a real-estate broker in San Diego, was also upset that clients were unable to reach her.

"It's a big deal to me to just have the calls go off into the ether somewhere," she said. She has been a U-Verse customer only for a month and now wants to switch back to a regular landline.

U-Verse voice is only available in areas where AT&T has upgraded the local phone network to support TV service over phone lines.