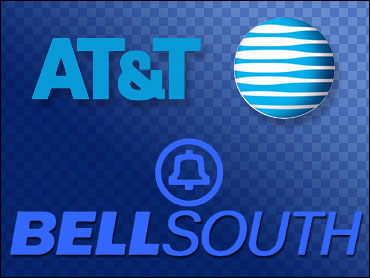 AT&T Inc. has offered a new set of concessions that are expected to satisfy the two Democrats on the Federal Communications Commission and lead to approval of the company's $85 billion buyout of BellSouth Corp.

Approval by the full commission could happen as soon as Friday.

AT&T filed a letter of commitment with the agency Thursday night that adds a number of new conditions to the deal, including a promise to observe "network neutrality" principles, an offer of affordable stand-alone digital subscriber line service and a promise to give up some wireless spectrum.

Final approval still requires a vote of the commissioners, which can happen at any time via computer. The proposed deal is the largest telecommunications merger in U.S. history.

AT&T offered the concessions after a little more than a week of marathon negotiations with lawyers who work for the two Democrats on the commission, Michael Copps and Jonathan Adelstein, documents show.

Consumer advocates are praising the compromise. Gene Kimmelman, vice president of federal and international affairs for Consumers Union, who has worked closely with the Democrats, said AT&T's new concessions are "an enormous improvement from where we were a month ago."

Commissioners Adelstein and Copps and representatives of AT&T were not immediately available for comment Thursday evening.

The agreement came together ten days after Republican Commissioner Robert McDowell announced that he would not vote on the deal, despite being authorized to do so by the FCC's general counsel.

McDowell, a Republican, had decided not to participate in the negotiations because of his former position as a lobbyist for Comptel, a trade organization that opposes the merger.

Republican FCC Chairman Kevin Martin, who supported approval of the merger without conditions, was betting that McDowell would vote in favor of the deal following the legal opinion and break a 2-2 partisan deadlock.

But with McDowell's firm declaration that he would not vote, the pressure shifted to AT&T, which had hoped to close the transaction by the end of the year, a development that put the two Democrats in a much stronger position.

Pressure was added by Rep. John Dingell, D-Mich., the incoming chairman of the House Energy and Commerce Committee, who, in a veiled warning to Democrats, said negotiations should proceed "fairly and openly and in a way that avoids imposing burdens that have nothing to do with the transaction."

In an effort to get the merger approved, AT&T submitted a set of concessions on Oct. 13, but they were rejected by the Democrats as insufficient.

In AT&T's letter of commitment, authored by the company's senior vice president in charge of regulatory affairs, Robert W. Quinn Jr., he noted that the new concessions were "significantly more extensive than those submitted on Oct. 13."

For starters, the new offer extends the lifespan of many conditions from 30 months under the old deal to 42 months or longer in some cases.

Among the promises made by the company: