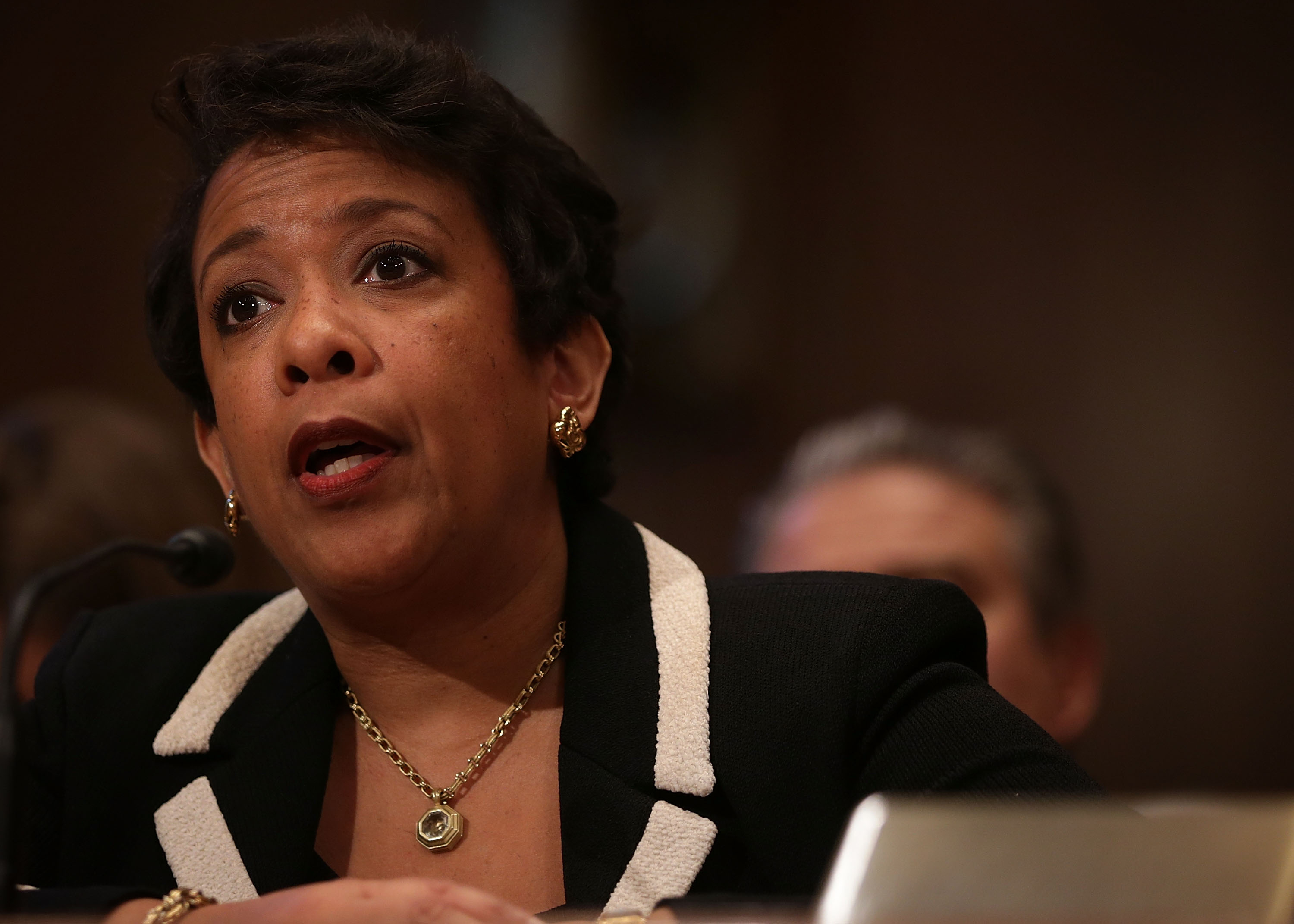 WASHINGTON -- Law enforcement and technology companies at odds over encryption and other issues of digital privacy need to have an "open dialogue" to try to resolve their differences, Attorney General Loretta Lynch is asserting.

In remarks prepared for the RSA Conference in San Francisco Tuesday, Lynch argued that the two sides need to communicate and "draw upon each other's resources" even if they "won't be locked in perpetual and perfect agreement."

"That's how we spur new ideas, forge better solutions, and find the way forward. That's how we strengthen our defenses, prevent damaging crimes, and bring wrongdoers to justice," Lynch said. "And that's how we move closer to our shared goal of ensuring that as the American people reap the benefits of innovation, they continue to enjoy the full protection of the law."

The Justice Department, she says, owes "it to victims and to the public whose safety we must protect to ensure we have done everything under the law to fully investigate terrorist attacks and criminal activity on American soil."

In addressing security specialists and technology experts, Lynch, the nation's top law enforcement official, acknowledged the tense divide between digital privacy and national security that has flared in the last two weeks in Congress and the courts. Law enforcement officials are concerned about losing the ability to recover evidence or eavesdrop on suspected extremists or criminals as technology companies develop products meant to safeguard their customers' data.

"As recent events have made clear, the stakes aren't theoretical; they bear directly upon our public safety and our national security," Lynch observes.

In a question and answer session following her remarks, Lynch addressed concerns over law enforcement's inability to access encrypted data on smartphones, even with a court order.

"We know that devices are more and more the repository for information," she said. "Having the inability to attain evidence that can save lives is a real risk."

In her remarks, Lynch also highlights a number of successful collaborations between the government and private industry in the security realm, "from our groundbreaking Coreflood operation - in which we were able to free hundreds of thousands of computers from criminal control with the help of private experts and additional network security companies - to our takedown of the infamous financial botnet known as GameOver Zeus."

In addition, Lynch notes, "We have also created new channels for information sharing and cooperation with the private sector to help us detect, deter, and disrupt cyber threats. Cases like the Sony intrusion, in which we publicly named - for the first time - the nation-state responsible for a destructive attack on an American company - demonstrate the power of reporting."

The speech was being delivered on the same afternoon as a House Judiciary Committee hearing on encryption that featured FBI Director James Comey and Apple's general counsel, Bruce Sewell, as witnesses.

It also comes one day after a federal magistrate in Brooklyn, ruling in an ordinary drug case, said the Justice Department cannot force Apple to provide the FBI with access to locked iPhone data.

That ruling from James Orenstein came two weeks after a judge in California directed Apple to help the FBI hack into a locked phone used by one of the gunmen responsible for the San Bernardino, California, mass shootings. Apple is challenging that decision, and a hearing is scheduled for later this month.