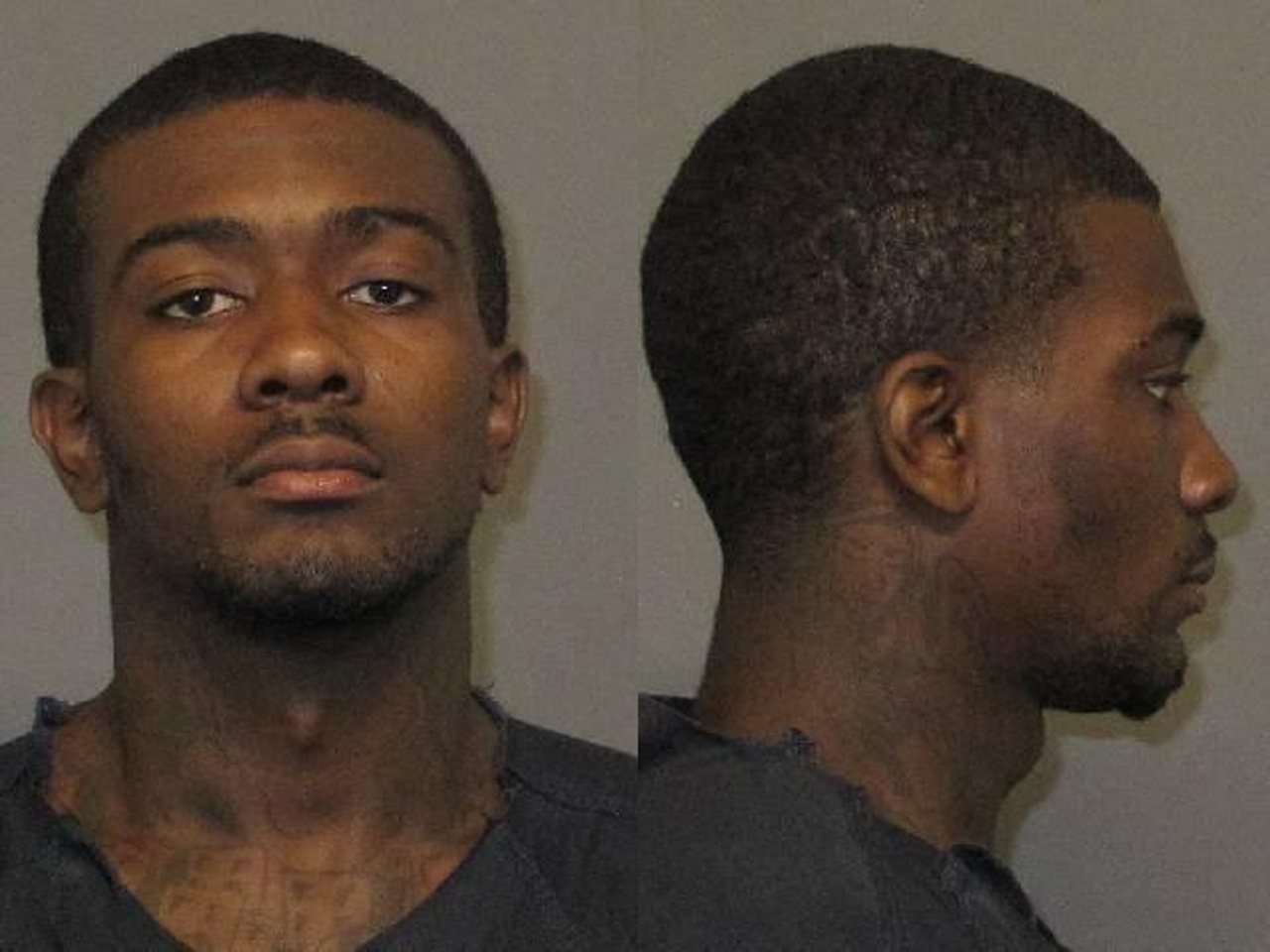 (CBS/AP) OPELIKA, Ala - A district judge ruled Wednesday that enough evidence exists for a grand jury to review capital murder and assault charges against a man accused of opening fire at an Auburn pool party, killing two former Auburn University football players and another man.

District Judge Russell Bush sent the case of Desmonte Leonard to the grand jury after a police detective testified that a key witness identified Leonard as opening fire after a fight broke out among several young men.

Defense attorney Susan James said it was clear from the testimony that Leonard did not start the fight, but she expected the judge's ruling. "It's unusual if they are not bound over," she said.

Leonard, 22, of Montgomery is charged with using a .40-caliber pistol to kill three people and wound three others at a pool party near the Auburn campus on June 9. Former Auburn football players Edward Christian, who had quit the team because of a lingering back injury, and Ladarious Phillips, who was transferring to Jacksonville State University, were killed along with DeMario Pitts of Opelika. Wounded were current Auburn player Eric Mack and two Roanoke men, Xavier Moss and John Robertson.

Leonard faces three counts of capital murder and two counts of second-degree assault, as well as a warrant for attempted murder that hasn't been served yet. A Lee County grand jury will decide whether to indict him. A date for the grand jury to meet has not been announced.

During a two-hour hearing, Auburn Police Detective Jude Hackett said Leonard and Auburn football player DeAngelo Benton got into an argument in the complex's clubhouse, apparently over two people thinking the other person was trying to stare them down. Then some Auburn athletes and friends took Benton outside. Police said Leonard came outside and a fight started with multiple young men involved and then the shooting started.

A security camera videotape played in court showed some of the shooting victims, but not who fired the shots. The detective said Leonard is seen elsewhere on the security tape.

Hackett said a friend of Pitts, 23-year-old Turquorius Vines, is the only witness who identified Leonard as the gunman from a lineup, but others said he was at the party. The detective said Vines told officers that he handed two beers to Pitts when the fighting started and then Pitts hit Leonard and one of his friends with the bottles before Leonard started "shooting in all directions."

He said officers found eight shell casing at the scene and then found a pistol abandoned along a main street in the college town. Police said Leonard and some of his friends fled in his sister's Chevrolet, which was founded abandoned in neighboring Macon County. Leonard surrendered after a three-day manhunt.

Another witness, Tchonda Stephens of Montgomery, testified that her two sisters threw the party and that she had invited Leonard. She said the argument started over someone looking at someone else wrong. She said she went outside and saw Vines throw the first punch that started the fighting, and then she dashed inside, where she heard the gunshots.

Stephens said she never saw Leonard with a gun and didn't feel one on him when she hugged him earlier in the evening.

"It was clear the only witness they have right now linking Mr. Leonard to being the shooter was Mr. Vines, who was the aggressor," James said.

James said it's too early to say whether she will argue that Leonard wasn't the shooter or that he was defending himself.

James had planned to get testimony from Jeremy Thomas, one of the men who fled the party with Leonard, but she said she decided it wasn't necessary after listening to the other testimony. Thomas, 18, of Montgomery is scheduled to be sentenced Thursday in Montgomery in a separate shooting where he pleaded guilty to manslaughter. He is also charged with hindering prosecution in Leonard's case.