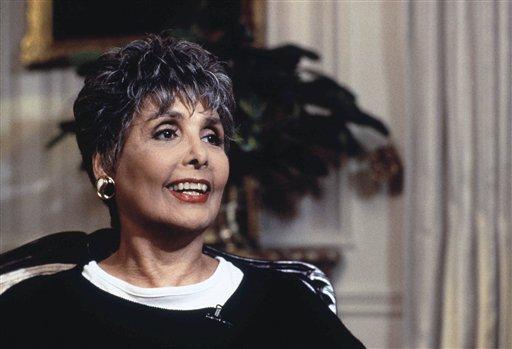 (CBS/AP) - Fans of  Lena Horne will have a chance to enjoy a piece of the jazz legend's notorious elegance - literally.

One of the most expensive items to be auctioned off is a colorful abstract painting by African American artist and muralist Charles Alston, estimated around $30,000 to $50,000.

Admirers of the singer and actress will not have to worry about high prices for other pieces of the star's collection. For around $100-$200, a buyer can purchase a sequined cardigan evening coat.

In addition, a small Louis Vuitton trunk with stickers inscribed Lena Horne Hayton was being offered at a pre-sale price of $500-$700 while a leather vanity case inscribed LH was estimated around $200-$400.

Horne's sophisticated taste in furnishing is shown in the Doyle collection with the inclusion of a Rococo-style gilt-metal and glass 12-light chandelier and a pair of Continental Rococo-style gilt wood mirrors, both estimated at $1,500 to $2,500.

Horne, who recently passed away last May at 92, was known for her civil rights activism as well as her dancing. She appeared on screen, stage, on records and in nightclubs and concert halls. Her signature song was "Stormy Weather" but her vocal range extended from blues and jazz and to such Rodgers and Hart classics as "The Lady Is a Tramp" and "Bewitched, Bothered and Bewildered."

In the 1940s, she was one of the first black performers hired to sing with a major white band, the first to play the famed Copacabana nightclub in New York City. She was also one of the few singers to have a Hollywood contract, mostly likely due to her wide musical range of vocals in addition to her magnetic sex appeal.

The collection also includes books and photographs, among them a group of books autographed by Langston Hughes ($300-$500) and a selection of contact sheets by Richard Avedon taken during a photo shoot with Horne ($75-$100).
View CBS News In
CBS News App Open
Chrome Safari Continue