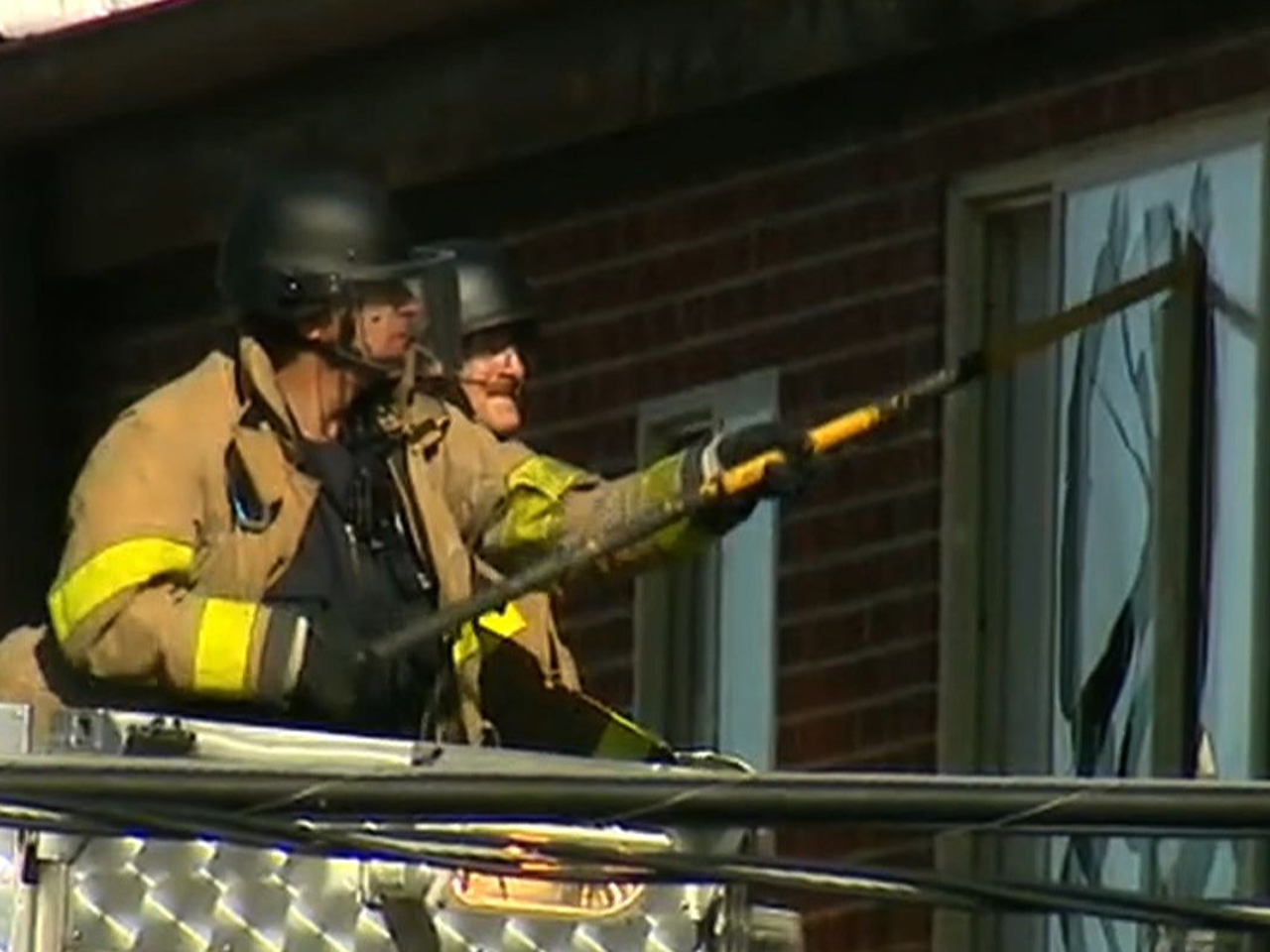 (CBS News) AURORA, Colo. - Bomb technicians were successful in deactivating an explosive device installed in the apartment of the Aurora shooting suspect apartment.

A law enforcement official, citing the ongoing investigation, spoke on condition of anonymity to The Associated Press and said officers disarmed one explosive with a "water shot" - a device that emits a shock wave and water,

Officers are evaluating a second disarmed explosive with a robot-mounted video camera.

Earlier Saturday, bomb experts executed a controlled detonation of a triggering device in the apartment.

The bomb crews were faced with deactivating an explosives-laden booby trap that had been set up in the home of James Holmes. Examination of the explosives by bomb experts from the FBI Lab in Quantico, Va., revealed that a trip wire (possibly fishing line) was set up to trigger a liquid container to mix with another, setting off the main charge of the device, which may be additional flammable liquids.

Also in the apartment were about 30 aerial shells (or fireworks) the size of softballs, black in color and made of mostly rubber. They are believed to be filled with smokeless powder. Depending on how the powder was packed, the devices could either detonate or just burn.

Police said the apartment was rigged to detonate on a presumed police entry when the suspect set up loud music to be playing, while he was on his way to the movie theater. First responders would then be sent to the apartment, on the opposite side of town where the gunman planned to wage his assault.

Having evacuated the apartment complex, police this morning were seen towing vehicles away to clear the immediate area. Bomb technicians on a fire truck's crane were seen maneuvering a triggering device through the broken window of the apartment.

Shortly afterwards, a sire sounded, and a muffled boom was heard.

If the explosive devices can be safely removed, they will be put into dump trucks filled with sand and transported to a remote area where they will be countercharged or burned.

If the apartment is rendered safe, the Denver FBI's Evidence Response Team will then carry out a search of Holmes' home.

Rendering the apartment safe for entry is an enormously dangerous mission. About 100 personnel are on the scene, including firefighters, ATF and FBI bomb technicians, and chemists to assess the risks of potential accelerants seen inside.