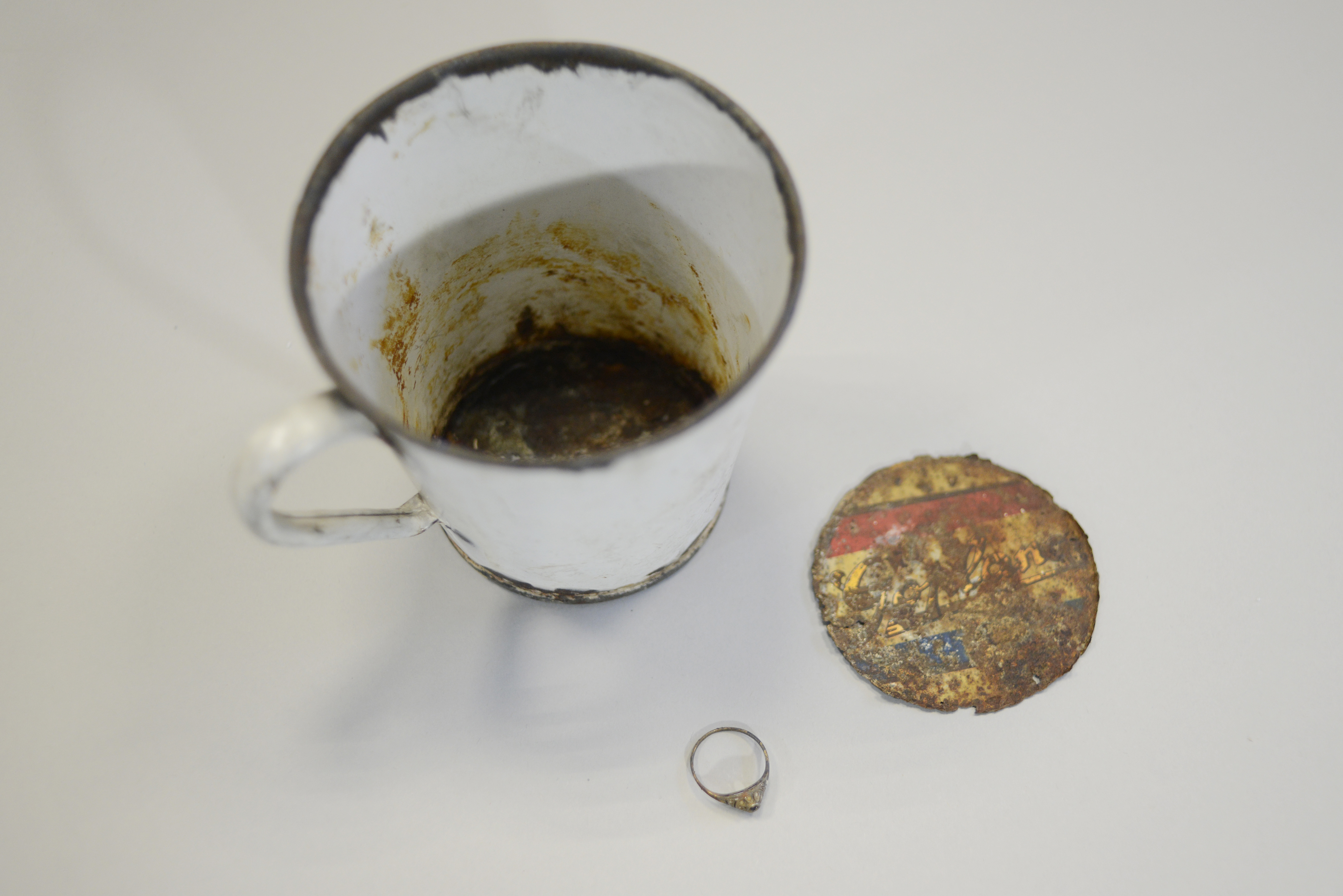 WARSAW, Poland -- A Polish-made golden ring and chain have been found hidden under the false base of an enameled mug that must have belonged to a victim of the Nazis' Auschwitz death camp, a museum spokesman said Friday.

Pawel Sawicki told The Associated Press the find was discovered a few months ago during conservation work for enamel items on display at a Bloc 5 exhibition of belongings robbed from Auschwitz victims. He could not say if it was there from the exhibition's start in 1955.

"It's highly probable the mug belonged to a Jewish person who was brought to Auschwitz for extermination," he said. "The find shows the person was aware the deportation could mean robbery, but also hoped the items could be useful in the future."

Wrapped in a thin canvas, the jewelry was tightly packed under a false base made from a metal tin that bears the name of a Polish chocolate maker "Goplana" and eventually rusted out.

Tests have shown the items are made of gold and they bear a seal used in Poland from 1921-31. There are no signs to help identify the owner.

Some 1.1 million people, mostly Jews, were killed at Auschwitz, which the Nazi Germans operated in occupied Poland from 1940-45.