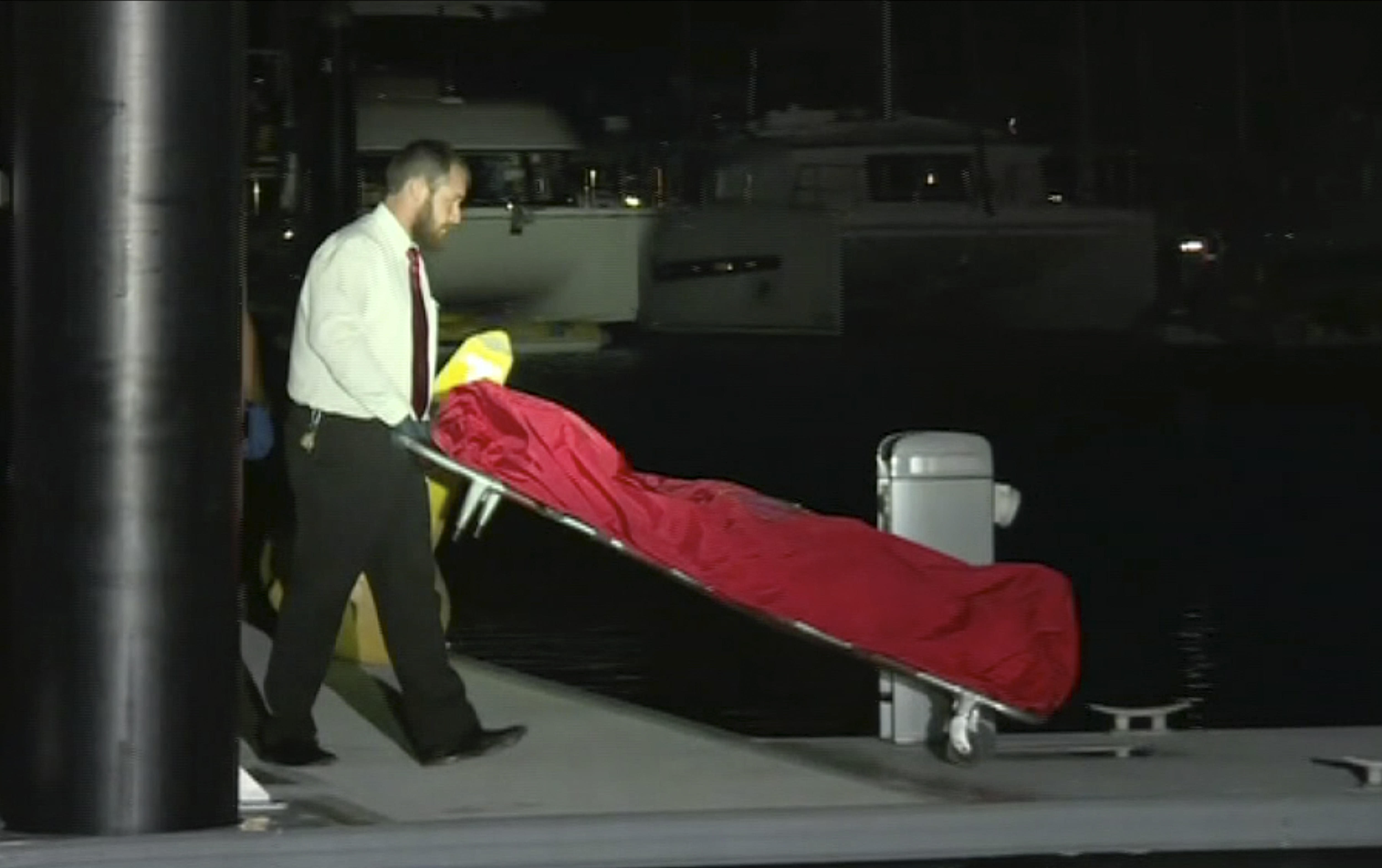 CANBERRA, Australia -- A pilot saw an engine malfunction warning signal moments before his helicopter crashed on Australia's Great Barrier Reef last month, killing a honeymooning couple from Hawaii and injuring a Colorado couple, a crash investigation reported on Wednesday. The Australian Transport Safety Bureau released its preliminary report on the cause of the crash northeast of the Hamilton Island tourist resort on March 21 that killed Peter Hensel, 79, and his 65-year-old wife, Sue, who had married in December.

They were heading to a tourist pontoon that has dive facilities and underwater chambers to view coral.

Sue Hensel's daughter Emily Sheets, 33, and her husband Bobby, 34, escaped the crash with minor injuries. The 35-year-old pilot, who has not been identified, was not hurt.

The five-seat Eurocopter EC120 B single-engine helicopter was approaching a landing pontoon from an altitude of 40 feet and the pilot saw a warning light on his dashboard. He decided to abort the landing but felt a "thud" before the helicopter began rotating and hit the water and rolled upside down, the investigative report said.

The pilot and Colorado couple swam free before returning to free the others. The report said they were dragged free and workers at the site attempted resuscitation until paramedics arrived. The report said the honeymooners had been "fatally injured" but did not elaborate.

The helicopter wreck has not been recovered from the water. The crash investigation is continuing and has not suggested any probable cause.