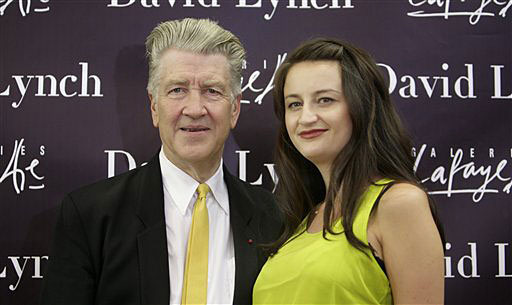 "The Australian government has received credible information as to a possible terrorist threat in Australia over the next couple of months," Justice Minister Chris Ellison told reporters. "The information, whilst general and not specific as to target and timing, is nonetheless credible."

Ellison refused to detail the source of the threat or explain how the government knew it was credible. Information gathered last Thursday and further data retrieved Monday led to the alert's issuance.

Ellison's statement said that information was "linked broadly to the general alerts in the United States and the United Kingdom." He urged the public to "be alert, but not alarmed."

On Friday, the FBI warned that Al Qaeda may be planning a "spectacular" terrorist attack intended to damage the U.S. economy and inflict large-scale casualties. The White House said Americans should remain vigilant.

There were no immediately apparent signs of heightened security at high-profile locations in Sydney such as the U.S. consulate and Sydney Opera House.

Authorities in New South Wales state, of which Sydney is the capital, passed a new law Tuesday giving police the power to stop and search terror suspects without a warrant.

Though unrelated, the warning came the day a British-born Muslim convert appeared in a west Australian court and denied charges of plotting to blow up Israeli diplomatic posts in Australia.

The suspect, 49-year-old Jack Roche, has claimed he trained in the use of explosives when he visited Afghanistan two years ago. He faces a maximum jail sentence of 45 years if convicted in the alleged bomb plots.

Australia has been jittery about the possibility of terror attacks since the Oct. 12 bombings on the Indonesian island of Bali killed nearly 200 people, including about 90 Australians.

A Malaysian official said Tuesday said that a suspected mastermind of those bombings taught at a religious school in southern Malaysia run by a group allied to Al Qaeda in Southeast Asia.

Imam Samudra, 35, came to Malaysia in the early 1990s from his native Indonesia and linked up with the suspected leaders of Jemaah Islamiyah to recruit members, the official said on condition of anonymity.

Samudra was a student and later teacher at a religious school in Malaysia run by suspected terror leaders. The school was shut down earlier this year by the Malaysian government and several teachers there were arrested after being implicated in a plot to bomb the U.S., British and Australian embassies in Singapore.

Indonesian police last week identified Samudra as the main suspect in the Bali bombing and said that he decided where to place the explosives.

Professor Ross Babbage of the Australian National University's strategy and defense program said the government warning was to be expected given a recent audio tape attributed to bin Laden in which the terror mastermind made specific mention of Australia and the Bali bombings.

"Frankly, this latest warning should not really come as a great surprise," Babbage told Sky News. "It is something that we really had to be preparing ourselves for mentally and emotionally for some time."

Prime Minister John Howard's conservative government has been one of the staunchest supporters of the United States in its war on terror, sending ships, aircraft and elite troops to serve alongside U.S. forces.