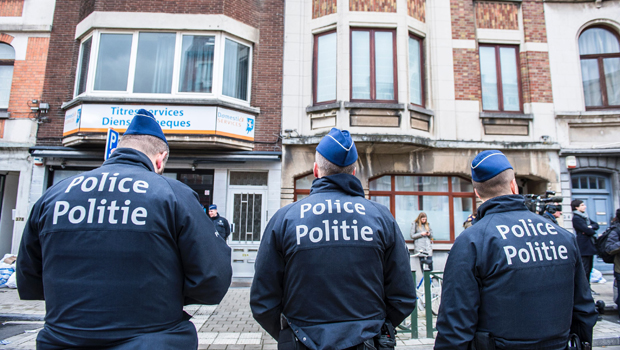 BRUSSELS -- Belgian prosecutors said Wednesday they have detained four suspected Islamic State group recruiters, who they said may have planned new attacks in the country.

The suspects were charged with participating in the activities of a terrorist group, the Federal Prosecutor's Office said in a statement. Two were ordered arrested by an investigating judge, one was released under strict conditions and one was released with an electronic bracelet.

The statement said the four don't appear to have links to the suicide bombers who struck the Brussels Airport and subway on March 22, killing 32 people.

Prosecutors said initial findings of the investigation into the suspects detained Wednesday indicated there may also have been plans for attacks in Belgium, but provided no details.

Searches were carried out in the port city of Antwerp and in two other locations.

The prosecutors said some of those detained were planning to go to Syria or Libya and join IS. All of the suspects are believed to have wanted to recruit people to go to those conflict zones, the statement said.

Belgium has been one of the most fertile recruiting areas in Europe for the extremist group, which also claimed responsibility for the attacks in Brussels as well as the Nov. 13 attacks that killed 130 victims in Paris.

The prosecutor's office said no additional details would be made public in order not to hamper an ongoing investigation.