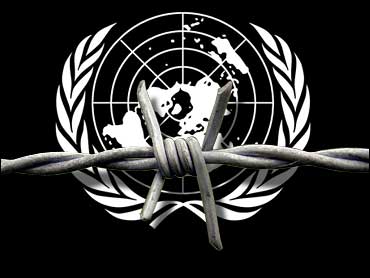 The authors of a U.N. report on the use of secret prisons in the fight against terrorism defended on Wednesday their claim that Britain was among countries complicit in the practice, even as the U.K. government dismissed the allegation as unsubstantiated and irresponsible.

Britain's Foreign Office said the team of independent U.N. experts who wrote the 222-page report failed to substantiate their claims in meetings with the U.K. government, despite repeatedly being asked to do so.

"As far as allegations against the U.K. are concerned, the report contains no new information and repeats unproven allegations as if they were fact," the Foreign Office said in a statement.

Manfred Nowak, a U.N. torture investigator who contributed to the report, said the authors had "established what we feel is the truth."

"We were very, very careful to delete everything where we had the feeling this was not proven," he told The Associated Press by telephone from Austria.

The report explicitly mentions Britain as a country that was complicit in secret prisons, based on claims by former detainees who say U.K. agents provided questions for, or were present at, interrogations conducted by intelligence services of another country.

The report refers to the case of Binyam Mohamed, an Ethiopian-born British resident who was arrested in Pakistan and allegedly tortured there and in Morocco before being flown to the U.S. detention center at Guantanamo Bay in Cuba.

The Foreign Office said: "Wherever allegations of wrongdoing are made, they are taken seriously. If any cases of potential criminal wrongdoing come to light, the government will refer them to the attorney general to consider whether there is a basis for inviting the police to conduct a criminal investigation."

The report, published on a U.N. Web site Tuesday and due to be presented to the global body's Human rights Council in March, also mentions 65 other countries, including the United States, China, Germany, Egypt, Algeria, Russia and Iraq.

Jeremy Sarkin, a member of a U.N. panel that investigates enforced disappearances who also contributed to the report, said the aim of the document was to compile as much available information on secret prisons, so-called extraordinary rendition, and related collusion as possible. He said the authors also conducted 33 interviews with former detainees, their lawyers and families over the course of a year, and even spoke to former intelligence agents with knowledge of the practice.

"Certainly we're not arguing that the state is always directly responsible," Sarkin told the AP by phone from his home in South Africa.

But even a state's failure to investigate those suspected of wrongdoing needed to be highlighted, he said, as international law requires all countries to act against the practice of secret detention, which the report concluded could "amount to a crime against humanity."

"There have been very few places that have actually prosecuted individuals for their role in these particular activities," Sarkin said.

A spokesman for the U.S. mission in Geneva, Dick Wilbur, said the United States was still reviewing the report. The study extensively covers U.S. practices in what has been called the "war on terror," but also examines the use of secret prisons during anti-communist and counterinsurgency operations of the Cold War era.