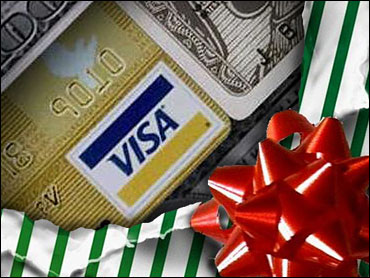 Thanksgiving is not even here yet, but the holiday marketing machine is already in high gear.

The average American spends about $2,000 during the holidays. Without proper planning, happy holidays can turn into headaches. To avoid such a scenario, financial advisor Brooke Stephens stopped by The Saturday Early Show with some tips.

Losing discipline the day after Thanksgiving may be a hard thing to do, but Stephens says you've been careful all year long, so don't blow it now.

Christmas brings out the craziness in people's spending habits. They run up their debt, and then take up to 10 months to pay it all off. Stephens says the cycle of consumer debt is hurtful to people, so it is best to stay out of it.

The day after Thanksgiving, some advocate "International Buy Nothing Day." Stephens advises you occupy yourself doing other things that day, such as reading books. But, whatever you do, she says -- spend nothing.

Stephens warns against going to the mall, because the marketing machine will be overwhelming. If you do go, make a list of what you're looking for before you leave. A list will help you stick to your budget.

Set a price limit for each gift, and it doesn't have to be high. Stephen says it really is the thought that counts.

Stephens advises leaving your credit cards and checkbook behind when you do go shopping. Just take cash. Stephen says with credit cards, you'll be too tempted to flash the plastic and overspend.

The Consumer Federation of America did a study showing that credit card users spend 60 percent more than they planned to. Stephen says if you use cash, you're forced to budget yourself.

For those company holiday parties, Stephens says stay within the gift limits. Don't feel like you have to show off and spend more than the limit. If the limit is $10, spend only $10.

If the family is coming over for a holiday meal, don't kill yourself and break the bank. Stephen says make it a potluck, which is more fun, anyway.

For the kids, Stephens suggests gifts of stock in a company they can relate to, such as Toys R Us, Disney or McDonalds. You can get the actual stock certificate and frame it (but don't laminate it). A mutual fund called the Columbia Young Investor's Fund is made up of these kinds of stocks. They also put out a kid-friendly newsletter, and have an educational website (YoungInvestor.com).