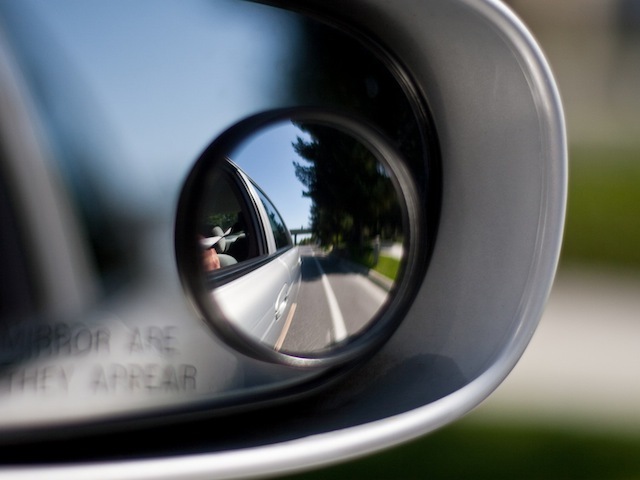 (MoneyWatch) COMMENTARY Marissa Mayer appears to have a blind spot. While Yahoo's (YHOO) new CEO has a clear affinity for the engineering ranks from whence she came, she reportedly has a reputation for caring a lot less for the sales side of the business. That's not necessarily a showstopper, but it can be.

We're all human and we all have blind spots. Like allergies and bad hair, they come with the territory. Nevertheless, blind spots can hold you back and stunt your career. If you're a manager, they can affect your entire organization. And if you're a top executive or business leader, they can impact the lives and livelihoods of thousands.

These days, conventional wisdom says you should focus on refining your strengths, not fixing your weaknesses. That, in my opinion, is a recipe for disaster. Every business has challenges that need to be met and obstacles to overcome.

Why your career needs a shakeup10 signs you're in denialShould you focus on strengths or weaknesses?

Managers must be capable of handling whatever the market throws at them. They don't get to say, "Wait just a minute here. That problem's not really up my alley, so can we just let it slide and move on to the next one?" It just doesn't work that way.

Sure, you can compensate for a blind spot by hiring someone with complimentary skills, for example. The problem with that is that executives with blind spots are often unaware or living in complete denial that they exist. They don't just turn it over to the guy who gets it. They get in the way and make bad decisions. It happens all the time.

Look, I've worked with hundreds of executives over the years. And while I wasn't keeping track, if I had to guess, I'd say close to half were done in by blind spots. And by "done in," I mean the company went down with them or nearly did. Here are a few examples that come to mind.

I once had a CEO who didn't get politics. Yeah, I know, lots of people say they don't play office politics. Well, I've got news for you. It exists, it's real, and it plays a big role in whether senior executives get the support and backing they need to do their jobs. If they're savvy, that is.

Anyway, one of the company's founders had become a toxic, passive-aggressive troublemaker. When the CEO tried to get him fired during a board meeting, the founder turned the tables on him and got the CEO fired, instead.

Because of his blind spot, the CEO didn't bother to obtain the support of a majority of the founders and board members before the meeting began, a technique I call circling the wagons. As a result, he lost his job, the founder he tried to oust became president, another incompetent founder became CEO, and a few years later that $200 million public company was no more.

Another CEO I worked with didn't have an affinity for marketing or sales. He was a technical guy who thought that if his engineers designed it, the market and customers would come. For a while, when the company had a unique competitive advantage, that worked out just find. He got to set his price and customers paid.

But as soon as a big competitor came along and erased that competitive advantage, the game changed to one that this CEO had no idea how to play. Instead of letting his top sales and marketing executives make decisions, he tightened his control, made a series of terrible mistakes and nearly bankrupted the company before the board ousted him.

I can probably write a book filled with cautionary tales like those. But the point is that focusing on strengths assumes you comprehend your weakness enough to compensate for them. Unfortunately, people either aren't aware of them, don't value them or for whatever reason I'm sure a good shrink can explain, live in denial about their very existence. That's why they're called blind spots. You can't see them.

For better or worse, there's no quick fix for this sort of problem. There's no pill to take or advice to read. As it turns out, the fix is a set of characteristics you either have or you don't. They're good for everyone's career but particularly useful for managers and executives.

Those characteristics are humility, self-awareness and courage. If you have a sense of humility and self-awareness, then you're keenly aware that you're human and have flaws, some of which can significantly impact your organization.

If you have courage, then you're willing to face competitive reality, listen to harsh criticism, take a cold hard look in the mirror and confront whatever you see there, no matter how scary or outside your comfort zone it may be.

That's why the whole concept of focusing on strengths versus weaknesses is just another dumb fad that will pass in time. If you've got humility, self-awareness and courage, then you're aware that blind spots can be a real problem and you're not afraid to confront them, if that's what it takes to be successful.