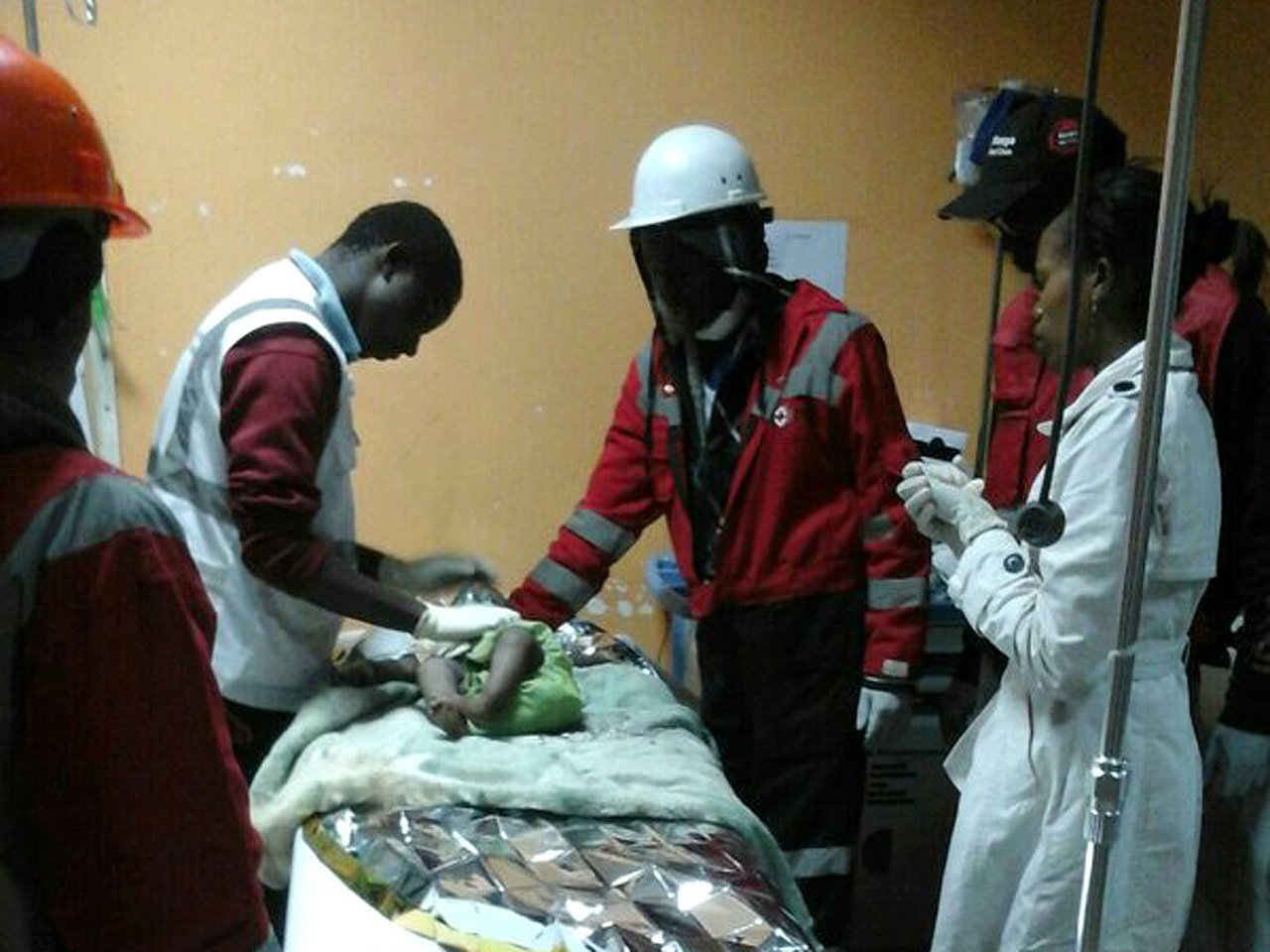 NAIROBI, Kenya -- A nearly 6-month-old girl was rescued Tuesday from the rubble of a building that collapsed last week, raising hopes for more survivors in the disaster that has left 23 people dead and 93 others missing.

The child, identified by the Kenya Red Cross as Dealeryn Saisi Wasike, was brought to the hospital about 6 a.m. after being found in the ruins of the seven-story building that collapsed Friday night.

The girl had no physical injuries and was being treated for dehydration, said Simon Ithai, a spokesman at the Kenyatta National Hospital. Her father, Raslon Saisi Wasike, was to meet with reporters later to explain what happened to his daughter and her mother, the Red Cross said.

The two owners of the building and 21 officials from the county government were taken into custody following the collapse, and police have asked a court to be able to hold them for three weeks while an investigation against them proceeds. The court will rule Wednesday on whether they will be granted bail.

With housing in high demand in Nairobi, some unscrupulous developers bypass regulations to cut costs and maximize profits.

After eight buildings collapsed and killed 15 people, President Uhuru Kenyatta last year ordered an audit of all the country's buildings to see if they are up to code. The National Construction Authority found that 58 percent of buildings in Nairobi are unfit for habitation. Most of Nairobi's 4 million people live in low- income areas or slums.