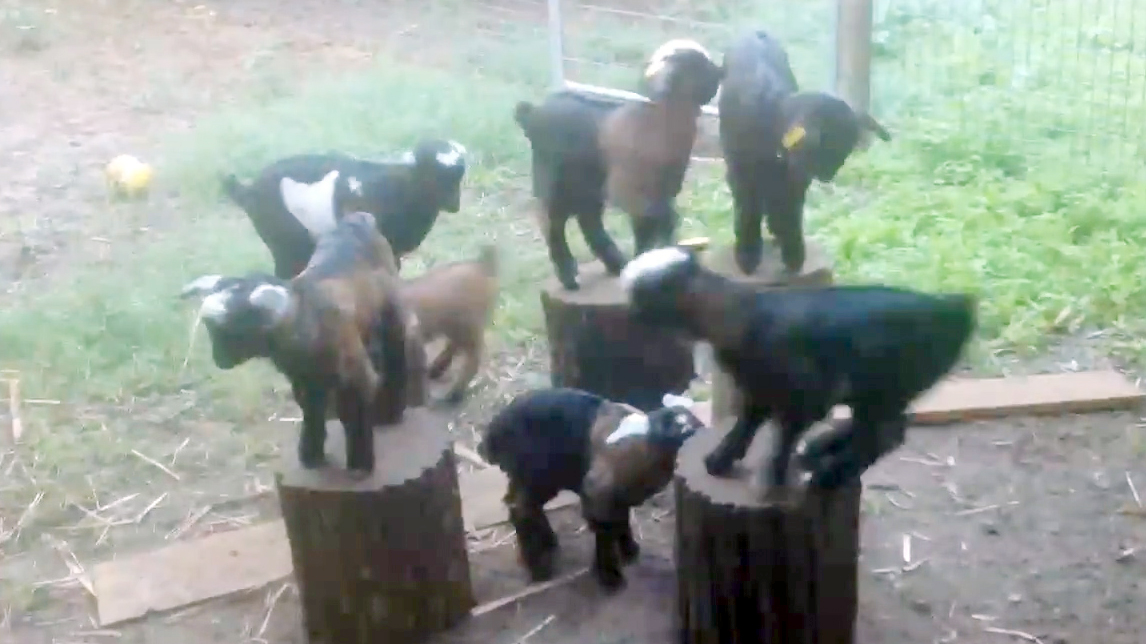 Some of the latest and greatest viral videos include an animated group of pygmy goats jumping around on tree stumps and a "magic" portable toilet appears at the Governor's Ball music festival in NYC.

First up, Nick Everett shared video of baby pygmy goats playing what one can only assume is their equivalent of musical chairs. Goats are known for their ability to keep their balance. It's not unusual to see them standing on cows. So, for them, these logs are a walk in the park.

For the 2015 Governor's Ball music festival in NYC, the creative minds at Improv Everywhere had a trick up their sleeve. When a full-blattered concert-goer opened the door to the "magic porta potty," an entire crew of people came flooding out -- from a marching band to a gospel choir. A pretty entertaining gag, unless, of course, you really have to go to the bathroom.