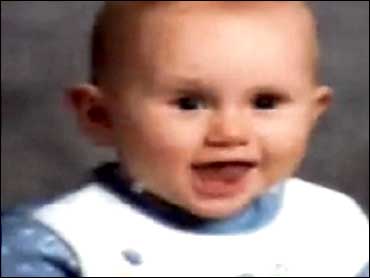 Jennifer Watts has spent the past 15 years mourning the death of her 2-year-old son, Paul. The boy was found dead with massive head injuries in his crib at their home in Utah.

CBS News correspondent John Blackstone that police immediately suspected Watts' boyfriend, Michael Lane, who had been left alone with the little boy. But a jury found him not guilty, in part because Watts testified that Lane could not have been the killer.

Watts was recently devastated to hear that Lane sat down with detectives in Salt Lake City in August and confessed to the crime, saying he had been high on "meth" at the time.

Police say Lane was trying to change Paul's diaper but got rough when the baby wouldn't stop crying.

"I picked him up," Lane said in his confession, "then threw him back down again. Probably did this a couple of times. At one point he kind of went out and I stopped."

When his confession was finished, Lane walked out of the police station a free man. Prosecutors say the guarantee against double jeopardy means Lane can't be charged a second time for Paul's murder.

Jennifer Watts recalled
standing by Lane at his trial and said she is shattered by her mistake.

"It's haunted me for the last 15 years," Watts said. "It's devastating that I couldn't face reality then."

And the fact that Lane is a free man only adds to the pain.

"I can't believe that a man can walk in and confess to killing a child and walk back out on the streets and be free to live his life when my son is dead," Watts said.

Police were surprised by the confession but said it confirmed what they had long suspected.

"It was certainly a surprise to us that this would happen, that he would come in and do this," Salt Lake City Det. Dwayne Baird told Storm. "But it was not shocking to the individuals who investigated this crime originally 15 years ago. They believed then, as they do now, that he was, in fact, responsible for this baby's death."

As to why Lane confessed, Baird says he had been urged by his church to come forward and might not have realized that he was protected by the double jeopardy rule.

"When he came in and confessed to us, he expected to be put in jail that day for the murder of this child," said Baird.