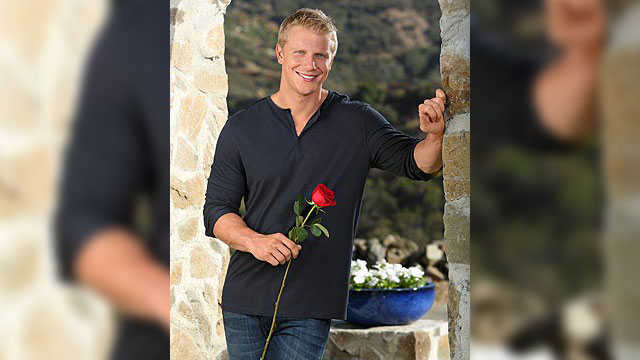 "Bachelor" Sean Lowe took the final chapter of his search for a soul mate to Thailand tonight where he finally slipped a ring on his bride-to-be. Was it Catherine Giudici or Lindsay Yenter? Read on to find out!

Before Sean could decide who would receive his final rose, the 29-year-old Texan had to get his blessing from Mr. and Mrs. Lowe. To his delight (and somewhat dismay), Sean's parents fell in love with both Catherine and Lindsay, making it that much harder for the hunky bachelor to narrow down one from his final two.

In the end, Lindsay finally heard the words she longed for from Sean ("I love you"), but they hadn't come in the way she had hoped for. With tears in his eyes, Sean delivered the bad news to Lindsay -- that he didn't see forever in her eyes.

"I want to give you my heart so bad...but my heart's been given somewhere else," delivered an emotional Sean. "Sorry."

Devastated, Lindsay stepped out of her dressy heels and made the disappointed walk back to an awaiting car with Sean apologizing at her heels.

Pics: "The Bachelor" Scorecard -- Did the relationships sizzle or fizzle?

Fresh from the breakup, Sean anxiously awaited Catherine's arrival only to be greeted with a letter in her place. Fearing the worst, he opened the handwritten note which, thankfully, turned out to be a love letter from his intended bride-to-be.

When Catherine finally appeared, Sean's excitement was evident as he romantically rushed through his proclamation of love before getting down on one knee to pop the big question.

Tearful and shaking, Catherine accepted Sean's proposal and the giddy twosome rode off into the sunset atop an elephant.

Reuniting for the "After the Final Rose" special, the happy couple announced their plans to wed on national television (ABC) at an undetermined date.