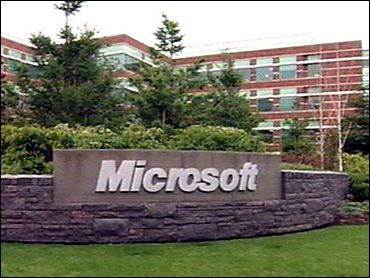 You didn't have to be a lawyer or a journalist or a computer hound to know or feel that U.S. District Judge Thomas Penfield Jackson's ruling last year calling for a breakup of Microsoft was in trouble from the moment the panel of federal appellate judges began to review it.

Their hostility to Jackson was palpable during the oral argument held in the case — and appellate judges who are hostile to trial judges usually figure out a way to act out their hostilities in the language and context of the law.

And it certainly didn't help Jackson that he had failed or refused, in the opinion of the appeals judges' anyway, to give Microsoft more time to prepare and present its defense during the remedy stage of the case.

Judges usually tend to go overboard in giving the party they intend to rule against time; when Jackson didn't, it gave the higher court another opening to reverse his ruling.

So it should come as little surprise that the U.S. Court of Appeals for the District of Columbia — which years ago reversed Jackson in a related case — would decide unanimously Thursday that a breakup of the software giant isn't necessarily what the law requires or what justice demands.

And although it is highly unusual, we probably all shouldn't be terribly surprised that the appeals court judges would also kick Jackson off the case altogether because of certain disparaging comments he made about Microsoft honcho Bill Gates while the case was still pending.

Judges aren't ever supposed to show their true colors in that fashion. It is one of the key spoken and unspoken, written and unwritten tenants of the judicial system that judges are supposed to appear impartial and unbiased and impersonal even when everyone knows that they are not.

Should the software giant be broken up?

Quite a reversal of fortune, I'd say.

But even though the appellate court all but indicted Jackson in reversing portions of his rulings, the panel of seven judges by no means gave Microsoft a complete and total victory.

Yes, the breakup is on hold. Yes, Gates' arch-nemesis Jackson now is off the case. And, yes, it is going to take months or years before another judge can truly get a handle on what the remedy ought to be here.

But the appellate judges did affirm everal key rulings Jackson had made at trial and they did find that the company had violated federal anti-trust laws.

Microsoft had better be careful for what it asked for, and what it just received, because the cure may be almost as bad as the disease.

Jackson's successor, whoever he or she may be, is going to be bound, generally, by the same facts and legal precedents as was Jackson.

However, the judge's successor won't have any of the same baggage that Jackson had, especially as it relates to Gates.

So whatever proposed remedy Microsoft is likely to incur as a result of this second remedy hearing is likely to be affirmed, quickly and with a rubber-stamp, by the very judges who Thursday smacked down Jackson so forcefully.

Now that these appeals judges have kicked out Jackson, it seems to me they have a vested interest in supporting his replacement. We'll see.

Still, Microsoft probably deserves to celebrate in whatever fashion they celebrate in Redmond, Wash. and other places where the Company is King. It's going to take a long time for this case to gear up again for another remedy phase and that time clearly is an advantage to the company.

Months or years from now, if and when this hearing ultimately takes place, Microsoft may be able to offer the new judge better alternatives to a break-up than what they were able to offer to Jackson a year ago. Also, the computer industry itself could continue to change in a fashion that makes a break-up less and less palatable.

Finally, there is always the possibility — pretty fair I'd say — that the new bosses at the Justice Department will find a way to get out of this dispute without it reaching its next legal stage. Indeed, Thursday's ruling could give the pro-business White House a reasonable excuse to declare a tie, cut a deal, and end the litigation.
Again, we'll see.