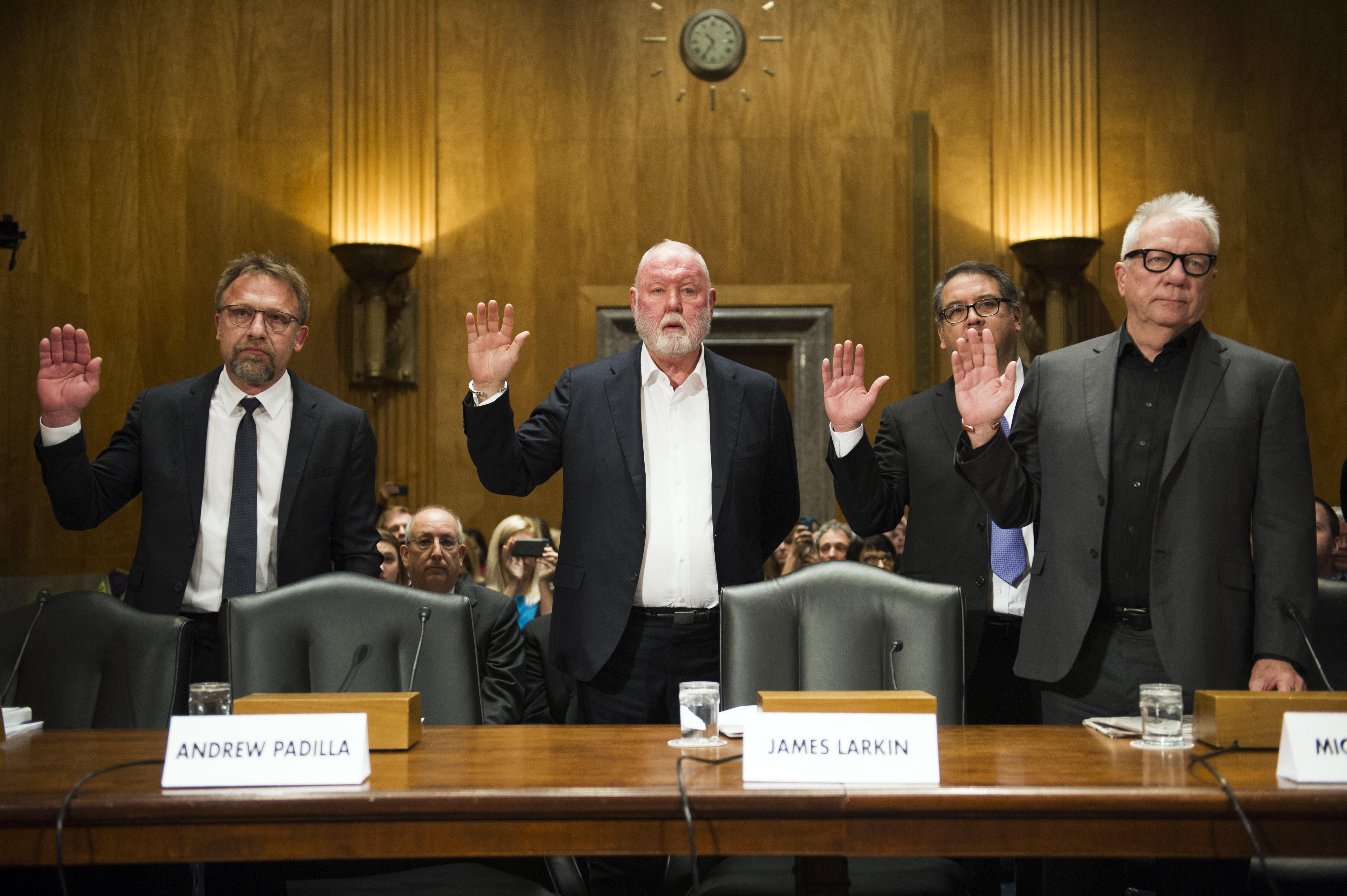 WASHINGTON - Executives at the advertising website Backpage.com refused to testify before Congress Tuesday following a Senate report that accuses the site of systematically editing its “adult” ads to remove words that indicate sex trafficking.

Four top executives and the company’s lawyer told a Senate subcommittee they were invoking their Fifth Amendment rights against self-incrimination.

The Senate’s Permanent Subcommittee on Investigations released a report Monday charging that Backpage has created a lucrative marketplace that makes child sex trafficking easier. The report cites internal documents showing that up to 80 percent of the site’s ads are edited to conceal the true nature of the underlying transaction.

Backpage has denied the allegations, and the site shuttered its “adult” section in the U.S. Monday night to protest what it calls government censorship.

Backpage has shown it is “intent on profiting from human trafficking - and human misery - and profit they have, at the expense of countless innocent victims,” Portman said as the Backpage executives sat stone-faced in front of him.

Rather than turn away ads that sell girls as young as 12 for sex, Backpage executives “just tried to make it less obvious,” McCaskill said. The committee’s report said the company used a computer program to find and delete words such as “Lolita,” ‘’cheerleader,” ‘’teenager” and “young.”

The editing practices amounted to “coaching” traffickers and pimps in how to make their ads appear legitimate while continuing to sell girls and boys into prostitution and modern-day slavery, McCaskill said.

“That, ladies and gentlemen, is the definition of evil - simply evil,” she said.

The Senate hearing comes a day after the Supreme Court said it won’t hear an appeal from three sex trafficking victims who accuse Backpage of helping to promote the exploitation of children.

The justices left in place a lower court ruling that said federal law shields Backpage from liability because the site is just hosting content created by people who use it.

The women say they were sold as prostitutes in Massachusetts and Rhode Island through advertisements for escort services on the site when they were as young as 15. A federal judge threw out the lawsuit, and the federal appeals court in Boston upheld that ruling.

Prosecutors have alleged that more than 90 percent of Backpage’s revenue - millions of dollars each month - comes from adult escort ads that use coded language and nearly nude photos to offer sex for money.

The Senate report says that despite public claims to the contrary, Ferrer, Larkin and Lacey are the “true beneficial owners of the company.” The report says Larkin and Lacey loaned Ferrer $600 million to buy the company from them, and the men concealed their ownership interest through “a complex chain of domestic and international shell companies.”