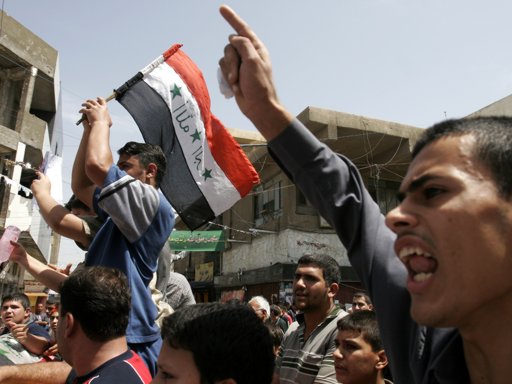 Memo to children's television programmers: Start teaching the Diaper Set things that are useful at that age instead of worrying about whether they can spell "hippopotamus" or do long division by the time they're three.

A 22-month-old toddler had his first sleepover at our house this past Saturday night, and I can guarantee you that neither Elmo, nor Barney, nor any of the Teletubbies has taught little Shane the first thing about Standard and Daylight Saving Time.

When he awoke Sunday morning, how was he supposed to know that we had turned back the clocks? He normally gets up at 7:30, he probably figured 6:30 was acceptable because he wasn't in his own crib, but because nobody explained our system to him, he got up at 5:30 in the morning.

Speaking of children, could the timing of switching to Standard Time be any worse? It's always right before Halloween. Why are we sending kids out trick-or-treating when it gets dark an hour earlier than a week before? Is getting back on Standard Time so important that it couldn't wait a week or so?

I'm not blaming Shane for not understanding the time change. It's even confusing for adults. It seems backwards. We don't need another hour of sunlight in the summer when we already have more sunlight. We need it in the winter when it already gets dark earlier. I understand that the very early mornings will have more light now, but I prefer to have the daylight when I'm awake.

If you aren't hating it yet, you will in a few months. In the middle of winter, when it's already cold and dark, does it make any sense to have it be cold and dark an hour earlier? Do kids need to come home from school in the dark at 4:30 in the afternoon? Do we need to drive home from work by moonlight?

Benjamin Franklin first proposed pushing our clocks backwards and forwards. But he was kidding! The suggestion was in a satirical essay called, "Turkey Versus Eagle, McCauley Is My Beagle." Should we really be basing a national policy on a rhyme like that?

During World Wars I and II, Daylight Saving Time — having more daylight later in the day — was used in many places all over the world all year long. The idea was to save energy. People had more natural light during the time they tend to need and use light. And it worked. During the energy crisis of the 1970's, the government invoked year-round Daylight Saving Time again, and we saved billions of barrels of oil in reduced fuel consumption. I guess the thinking now is that we have all the energy we need, oil isn't a problem for us, so why not have those early dark afternoons in the cold winter?

I don't know if year-round Daylight Saving Time is the answer, although some countries have chosen this option. But if you're going to manipulate nature, I think winter should get at least as much help cheating the night as summer.

Contrary to what you may have heard, farmers are among the most vocal opponents of moving the clock back and forth. They point out that, among other things, their animals are confused. I know our dog doesn't handle the time change well. He wants his dinner when it gets dark, whether it's 4:00 or 6:00. You try explaining to him about fuel consumption instead of filling up his bowl. And I guess if a hen doesn't think it's time to lay an egg, you won't get her in the mood by showing her the clock that you've just pushed back.

The whole thing is inconvenient, too. Not only do we have to change all the clocks we own, but we have to reset all the things that have clocks — cars, televisions, stoves, microwaves, and answering machines. Then, a few days later (around today), in the middle of the night we'll come across a clock we're not sure about, and we'll panic wondering, "Is this one that I forgot to change?"

I could go on and on about this, but I have to stop now. I need to get to bed early tonight. I'm getting up around 4:00 tomorrow morning to start working on my tan.