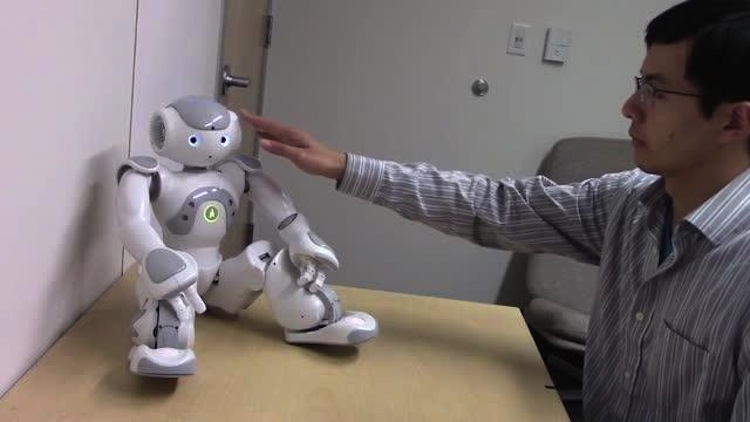 Touching robots in what humans think of as intimate places arouses emotions in people, but they're not what you think -- the resulting feelings are mostly ones of discomfort, researchers say. This new finding could influence future generations of robots that are designed to interact with people, the scientists added.

Robotic toys and tools are becoming increasingly popular. Scientists around the world are developing sophisticated robots that could one day serve as teachers for the young and companions for the old. The growing level of interactions between humans and robots has led scientists to investigate what the benefits and drawbacks might be for different kinds of robot-human interactions.

Although previous work researched gestures and speech as forms of such interactions, "touch is a powerful form of communication between people that is rather understudied when it comes to robots," said study lead author Jamy Li, a social scientist at Stanford University in California."Usually, when we think of interacting via touch, we think in terms of touch screens, but the interfaces that robots have are bodies instead of flat panels." [The 6 Strangest Robots Ever Created]

To learn more about the role touch might play in human-robot interactions, Li and his colleagues experimented with the small humanoid NAO robot from Aldebaran Robotics in Paris. The machine can walk, recognize faces and objects, express and understand emotions, and react to voice or touch commands.

The researchers programmed the robot to verbally instruct 10 volunteers to touch 13 parts of its body. The participants were fitted with sensors on their hands that measured the electrical conductivity of their skin, which in turn reflected how much they were sweating, a measure of emotional response. The sensors also measured how long it took the volunteers to emotionally respond to what the robot said.

Asking volunteers to touch the robot in areas that people usually do not touch (such as the crotch, buttocks or eyes) aroused stronger emotional responses when compared to touching more accessible parts of the robot, such as the hands or neck. The participants were also more hesitant to touch the robot in what could be considered its intimate parts, based on the humans' response times, the researchers said.

"During the experiments, it did seem that people were uncomfortable with touching the robot in intimate areas," Li said. "There was more physiological arousal -- that is, they were more alert, more awake, [and] paid more attention when asked to touch robot intimate parts.

"One participant simply didn't touch the robot at all in the intimate areas," Li said.

These findings suggest that "people respond to robots in a primitive, social way," Li said. "When a robot talks like a person and looks somewhat like a small person, people tend to treat that robot like a person, even though they consciously know this is a robot. [Super-Intelligent Machines: 7 Robotic Futures]

"Touch is a very powerful and compelling way that people can interact with robots," Li said. "People designing robots should keep that in mind."

Future research can explore touch interactions with different kinds of robots, such as ones that are not as humanlike, Li said.

Li and his colleagues Wendy Ju and Byron Reeves at Stanford University will present their findings on June 13 at the annual conference of the International Communication Association in Fukuoka, Japan.