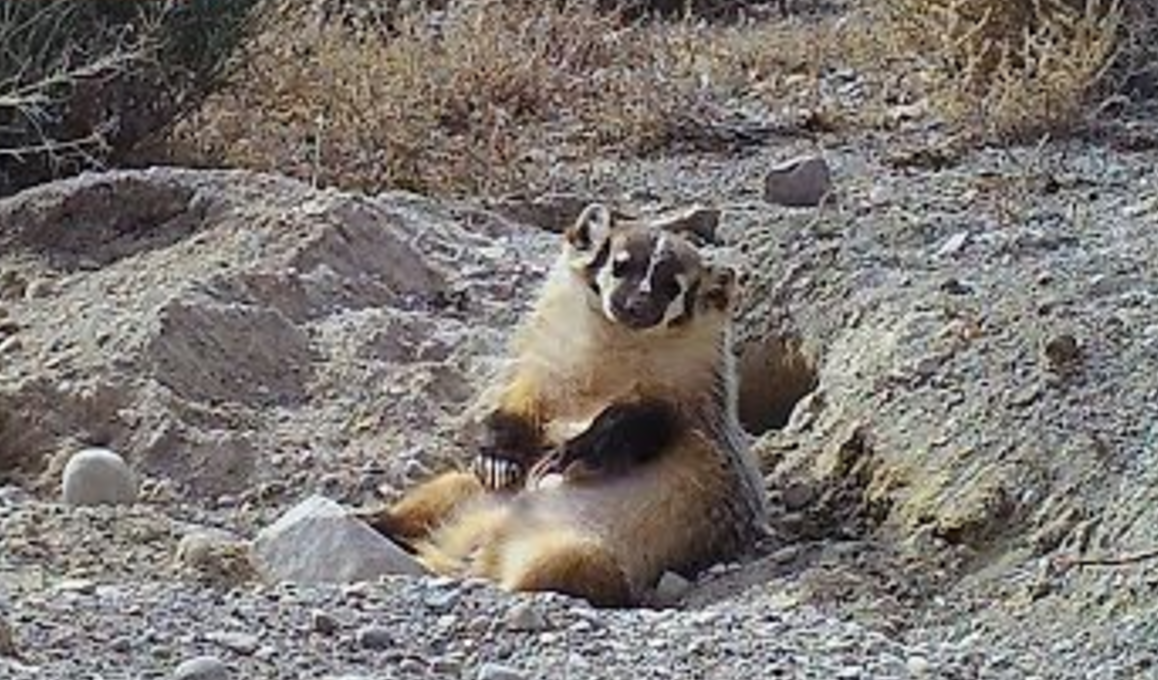 When wildlife researchers placed hidden video cameras to observe the winter habits of scavengers in the Great Basin Desert of Utah, they didn’t expect to record an industrious badger burying the carcass of a cow more than double its size. They were amazed to review the footage and discover that’s exactly what happened.

In new research published in Western North American Naturalist, scientists out of the University of Utah, Salt Lake City report how cameras actually caught two badgers in separate instances burying the carcasses of much larger calves to preserve them in late winter 2016.

This technique of catching and burying animal remains to preserve meat for later meals is not unusual for scavengers like these badgers. But what had the researchers scratching their heads was the impressive feat of such small mammals burying carcasses much larger than themselves. The experts originally thought larger species like mountain lions, for instance, must have been responsible.

The video reveals that the two badgers built dens next to their finds, spending 11 days on end underground feasting and sleeping. One of the calves was found partially buried, while the other was completely covered.

To illustrate the badgers’ proud achievements, Science Magazine posted a time-lapse video showing one of the badgers finding and successfully burying a 50-pound calf.

The final shot in the clip shows the badger sitting next to his mound, seemingly proud of its work. The research is significant in that it suggests the crucial role these animals play in removing diseased or rotting animal waste in the region.