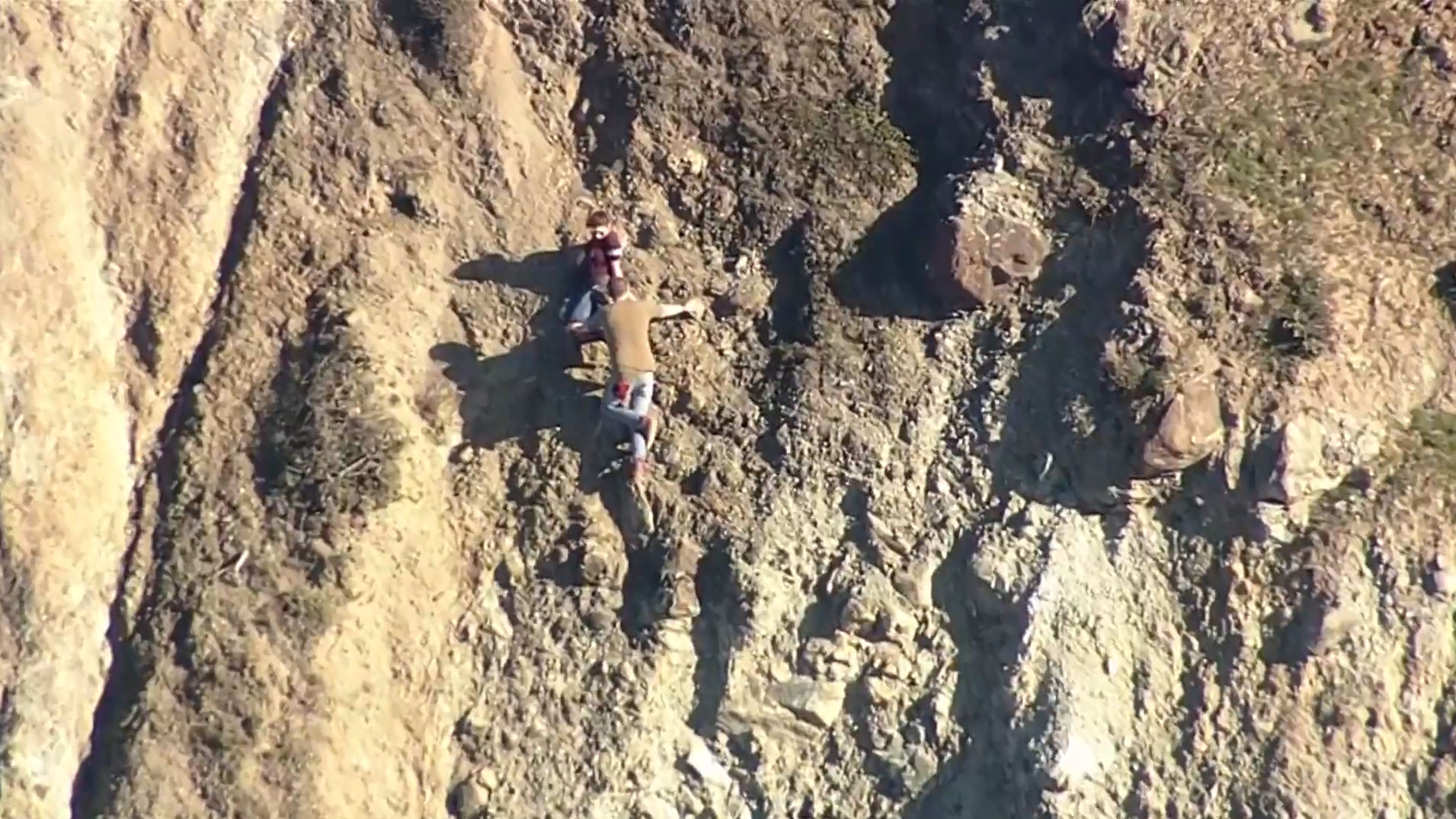 SAN FRANCISO -- The San Francisco Fire Department was able to rescue three adults who got trapped on a cliff at San Francisco's Baker Beach Friday afternoon, officials said. Firefighters used harnesses and ropes to pull the three up, and they were able to walk out on their own from there, CBS San Francisco reports.

Michael Norton, a friend of the three hikers, told CBS San Francisco they were all visiting from Crockett, Texas, near Houston. They came to the area to go on an afternoon hike.

Norton said he didn't even know the rescue involved his friends until he saw them coming up.

"Here earlier this afternoon, we got separated and I've been hiking around looking for them," explained Norton. "And all of a sudden waiting for them, all of this commotion happened."

San Francisco Fire tweeted out at about 3:15 p.m. that the hikers had been located. They are not injured, fire officials said.

Firefighters went down the cliff with ropes and were able to pull up the first hiker at about 3:45 p.m. The other two were rescued by shortly after 4 p.m.

The fire department sent out five trucks, an ambulance and two water units, so about 17 firefighters total helped with the rescue.

"When you set up a system like this, it takes a lot of people to implement the system in terms of the ropes systems and stuff like that," said San Francisco Fire Battalion Chief David Thompson. "It takes a little manpower to get the situation under control."

The hikers were greeted at the top of the cliff by paramedics, who checked them out. Parks police were also there to write them each a $250 ticket for crossing the ropes and creating a hazardous condition.