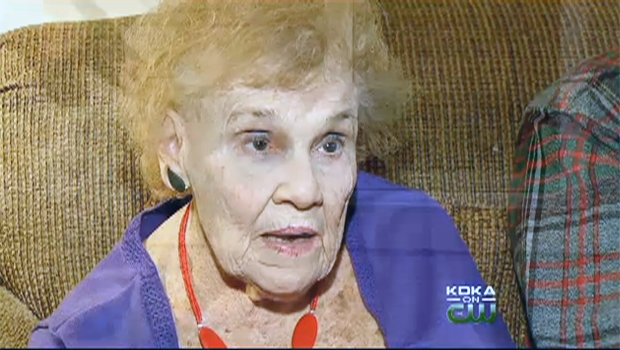 PITTSBURGH -- West View Savings bank in Cranberry, Pa., has closed 85-year-old Margaret Tolbert's account and is taking her to court to pay them back several thousand dollars which she claims she was scammed out of, reports CBS Pittsburgh.

“I didn’t realize I did anything wrong,” Tolbert said. “I thought everything was square and above board.”

Sitting with her son Jamie, Tolbert tells an all too familiar story: a con artist on the phone told her she won the big one.

But in fact, she didn’t win anything. The harder truth: the con men sent her checks totaling nearly $20,000. She cashed $12,000 worth at a branch of West View Savings on the property of her retirement community.

She never had more than a few hundred dollars in her account there. She says she never deposited a check there. Still, the tellers gave her a big bag of cash.

“I can still see it in my mind, all of these hundred dollar bills in an envelope,” she said.

She said she was going to use it to pay taxes on her “big win.”

The con is to promise the big win, send the innocent victim checks, tell her it’s money to pay the taxes.

Tolbert has been ripped off, now the bank wants the money back.

“I’m not a bad girl, but they’re treating me like one,” she said.

She has a similar check that was sent to her a few months ago – which the bank refused to cash.

Records show the bank is still charging Tolbert daily overdraft fees, demanding she pay back several thousand dollars she errantly sent to the con men. In fact, she’s been ordered to civil court in a week or so.

“The law of common sense tells you, if you normally have four- or five-hundred dollars in your account and you never put money in and somebody walks in with $19,900 worth of checks, the red flags should be going up all over,” Tolbert’s son Jamie said.