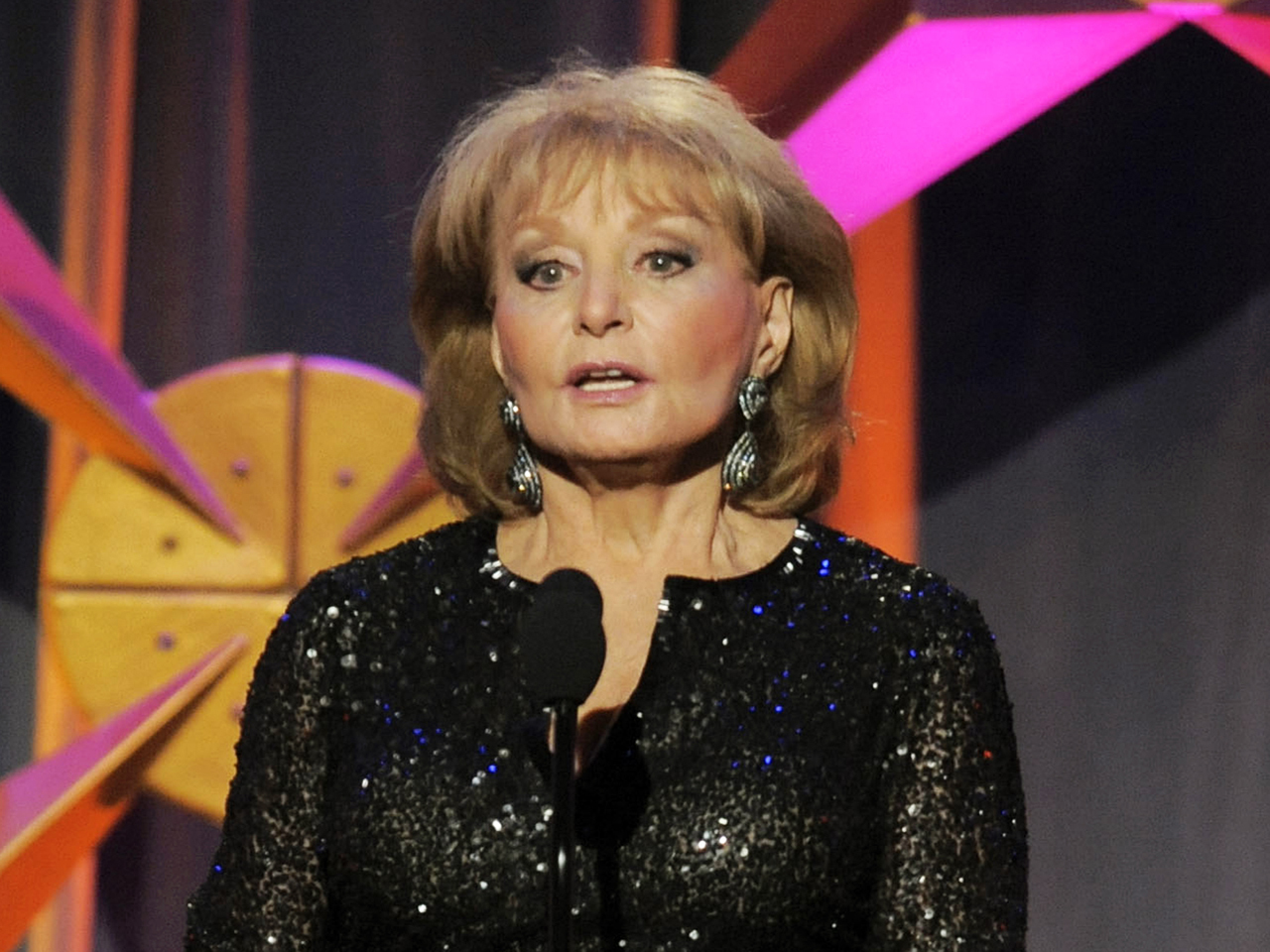 Barbara Walters is back on "The View."

After being sidelined for six weeks by chickenpox and a concussion, Walters returned to the ABC talk show on Monday.

She got a thunderous welcome from the studio audience and co-panelists Sherri Shepherd, Elisabeth Hasselbeck and Joy Behar, as well as well-wishers Regis Philbin and New York Mayor Michael Bloomberg, who stopped by.

Walters, 83, declared that "after a lot of scratching and rest," she is "fine and healthy."

Lifting her bangs, she pointed on her forehead to the only visible signs of her ordeal: a single chickenpox bump and a tiny scar from her fall.

The TV veteran was hospitalized on Jan. 19 after fainting and hitting her head on a marble floor at a party in Washington. She suffered a concussion and got several stitches.

She had chickenpox and a fever at the time but didn't realize it. The likely cause? Hugging a well-known actor "who shall be nameless" earlier in January, she said. It turned out he had shingles.

"If you have never had chickenpox" -- and Walters never had -- "you can get it from someone with shingles," she told viewers.

Walters was released from the hospital after 10 days, then took it easy in her New York home."The chickenpox came and went weeks ago," she told her co-hosts. "The head injury has taken longer, so I rested and I watched the show ... and I was able to scream and yell at you on the screen every day."