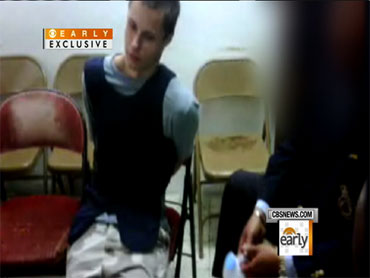 Colton Harris-Moore, the teenager known as "The Barefoot Bandit," was indicted in Seattle this week on federal charges including stealing two planes and flying without a license. He'll slated to be arraigned on those charges Thursday.

Saturday night, "48 hours Mystery" has an hour-long special on his alleged international crime spree, including exclusive video of Bahamas authorities interrogating Harris-Moore after his capture in July.

He says he was involved with the story for the past six months.

"It was an intriguing story," Van Sant says. "Here was a 6-foot-5 inch teenager who had taught himself how to fly and was stealing planes and authorities, try as they might, could not catch him.

It is, van Sant told "Early Show" co-anchor Maggie Rodriguez, "an extraordinary tale of a brilliant young man who, sadly, went off the rails," a story van Sant says reminds him of the movie "Catch Me if You Can":