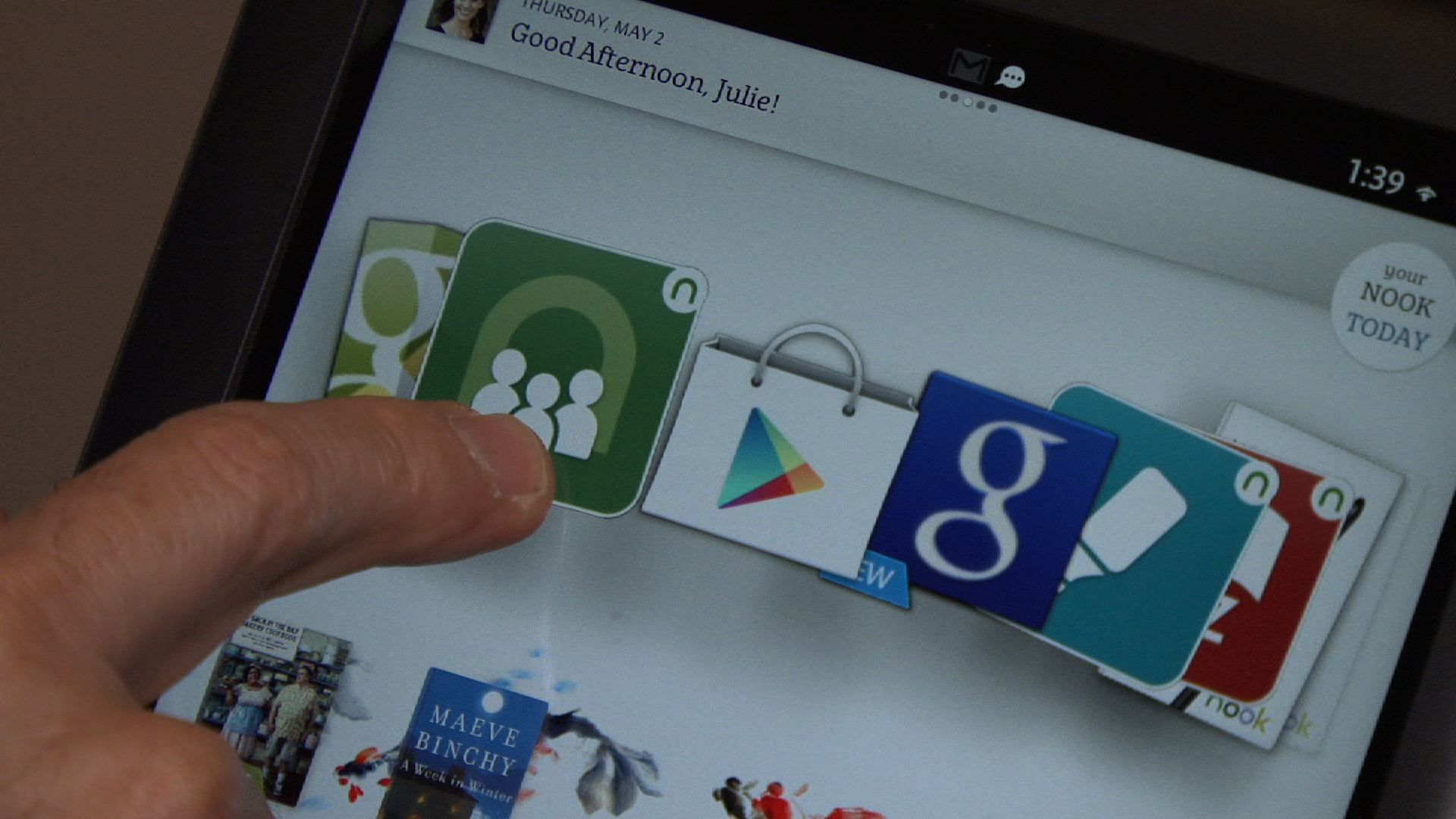 Barnes & Noble's (BKS) move this week to lay off a number of engineering staff supporting its struggling Nook e-reader is stirring speculation about the company's plans for the device.

A report Monday from Business Insider said the company fired its Nook hardware engineers, but Barnes & Noble said that was not accurate. Although the retailer did not specify the number of cuts, fewer than 100 people lost their jobs, The New York Times reported.

Still, the move cast further doubt on the future for Nook, the e-reader that the company has invested hundreds of millions dollars in to promote as a rival to Amazon’s (AMZN) Kindle and Apple’s (AAPL) iPad.

After news of the layoffs surfaced, Barnes & Noble sought to tamp down talk about its commitment to Nook by expressing confidence in the unit's management.

“As we’ve aligned Nook’s cost structure with business realities, staffing levels in certain areas of our organization have changed, leading to some job eliminations,” said spokeswoman Mary Ellen Keating in an emailed statement. “We believe we have a strong management team in place at Nook, having recruited significant new talent.”
Among the "business realities" the company alludes to is that its Nook division has been in a prolonged slump. Barnes & Noble reported $125 million in Nook sales for the nine-week holiday period, a 60 percent plunge from a year earlier. The decline came from both fewer units sold and lower prices for those units.
In a statement, CEO Michael Huseby said Monday that holiday Nook sales declined largely because the company didn’t unveil any new devices, instead choosing to sell through its existing inventory.
As is often the case, shareholders applauded the idea of layoffs, sending Barnes & Noble shares up nearly 9 percent Monday to $16.06. One analyst following the company also welcomed the news.
"We see BKS (Barnes & Noble) taking steps in the right direction -- right-sizing the expense structure of Nook in an attempt to regain profitability," Stifel Nicolaus analyst David Schick wrote in a research note, according to Reuters.
The idea of some Nook hardware engineers losing their jobs is not much of a surprise. Barnes & Noble said last summer that it would stop making its own color tablets, instead working with outside manufacturers on co-branded devices. The company said it would continue to make its own black-and-white Nook models.
So where can Barnes & Noble go from here? The printed book business is in a slow decline; meanwhile, the company plans to pare back its physical store locations over the next decade. All that’s left is the e-reader business, but Barnes & Noble is taking a cautious approach by handing over some of the production reins to third-party partners.
“The book business is really quite solid,” John Tinker, an analyst for the Maxim Group, told The New York Times. “People are still going to the stores. But you’ve got to stop the hemorrhaging at the Nook."
View CBS News In
CBS News App Open
Chrome Safari Continue