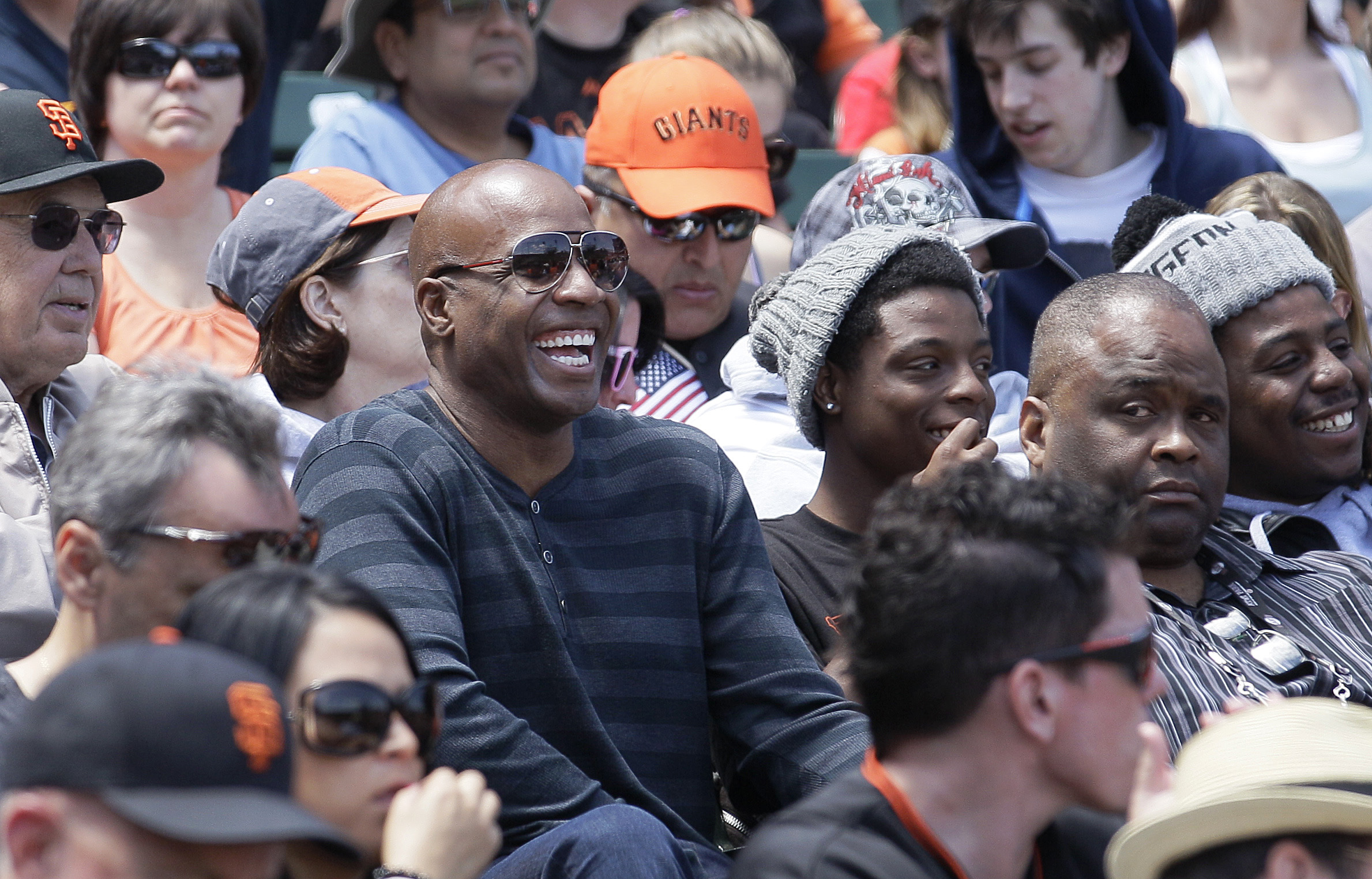 (CBS/AP) SAN FRANCISCO - Barry Bonds is publicly referring to himself as a convicted felon these days, and he's quick to point out that conviction was never for steroid use.

He appealed his obstruction of justice conviction from April 2011 on one count of giving an evasive answer to a 2003 grand jury investigating illegal steroids distribution.

The slugger said he met recently with Giants president and CEO Larry Baer about working for the club in some capacity, and Bonds has a personal services contract the Giants have said could go into effect once his legal proceedings were in the past.

When asked if he regrets any connection to the Bay Area Laboratory Co-Operative, Bonds said: "Do I have any regrets? What happened happened. It's there. It is what it is. I live with it. I'm a convicted felon for obstruction of justice, and that's who I am. I live with it."

The 47-year-old home run king, looking especially lean at about 212 pounds from his new love for cycling, also spent a stint in the broadcast booth during San Francisco's 4-2 win.

"It's always a treat when he comes around," winning pitcher Barry Zito said. "I love Barry."

While Bonds will long be remembered for his surly nature and mighty swing, he acknowledges he brought on many of his issues himself. Still, dealing with all of the court dates and speculation of his alleged use of performance-enhancing drugs did take a toll.

"I gave my life and soul to that game. That's what's heartbreaking. That's the hard part of it," he said. "My (reputation) was kind of iffy anyway. I created that guy out there for entertainment only. Whether you hated me or liked me, you were there. And I only wanted you there. I just wanted you to see the show. That was it. All I ever wanted was for people to have a good time and enjoy it. It was fun to come out and people would boo or yay or whatever. They all showed up to see whatever would happen next and it motivated me to play hard."

It's unclear when Bonds might begin work with the Giants, though he doesn't figure the timing would work this season.

He said he would expect his job to be different from the varying roles of former Giants first baseman J.T. Snow.

"If Lincecum wants the answers, I'll give them to him," Bonds said.

"My expertise is baseball," Bonds said (via CSNBayArea.com). "If you believe that I can contribute and help the organization, then fine. If you don't, fine. I'm just saying it's out there."

Manager Bruce Bochy said he would welcome Bonds' input if he takes a job with the club.

"We have a great hitter here who has really accomplished so much," Bochy said.

The seven-time NL MVP is busy rehabilitating from two surgeries over the past six weeks — one for a disk injury in his lower back sustained while running and also a procedure on his hip and quadriceps area. He is scheduled to be examined by doctors Tuesday.

"I work out every day. That never changed," he said. "I'm going to die training. That's what I love to do more than anything in the world."

Bonds hasn't played since 2007 and sees no reason to formally retire just yet — and insists his Hall of Fame chances are far from his mind.

"That's up to the writers to worry about that stuff. I'll be at home having a good time with my life and my kids. That'll take care of itself," he said. "I don't try to predict the future or analyze how other people are thinking or how it's going to turn out. I face my opponents as they come. It would be very sad if it didn't happen. That's why I don't need to comment on it. There's really no need."

He said the legal issues he has faced in recent years will always stay with him.

"It'll never go off your mind," he said. "You don't ever forget those things. You move on. I'll never forget it."