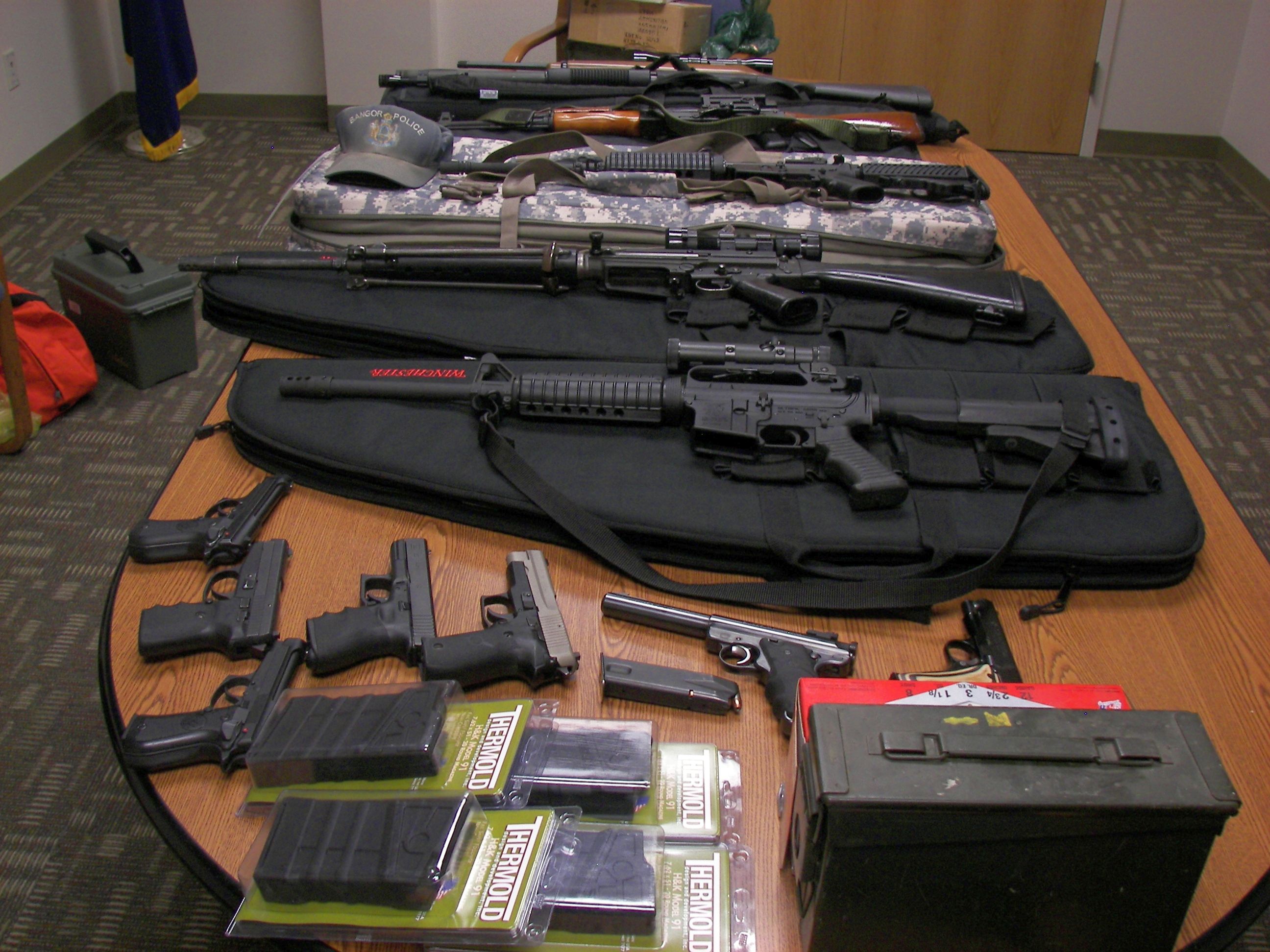 (CBS) PORTLAND, Maine - State Police in Maine say they arrested a man driving erratically Sunday morning with a cache of weapons in his car, including an AK-47 assault weapon, four handguns and several boxes of ammunition, CBS Boston reported.

Police said the suspect told them he attended the new Batman movie Saturday night with a loaded gun in his backpack.

Police said a search of the home of 49-year-old Timothy Courtois in Biddeford turned up several more guns, including a machine gun, and thousands of rounds of ammunition. Authorities said they also found recent news clippings about last Firday's shooting massacre at an Aurora, Colo. movie theater, according to CBS Boston.

Police said Courtois claimed he attended the Batman movie at the Cinemagic Theater in Saco Saturday night with a loaded gun. CBS Boston reports Courtois also allegedly told authorities when he was arrested that he was en route to Derry, NH to shoot a former employer.

Police say Courtois was stopped by Trooper Phillip Alexander in the southbound lane of the Maine turnpike about 10 a.m. Sunday in Saco, after other motorists reported a speeding Mustang with its four way flashers on. Alexander reportedly clocked Courtois at 112 mph before arresting him.

Courtois was due to make his first court appearance this afternoon in Springvale District Court on initial charges of having a concealed weapon and criminal speed.