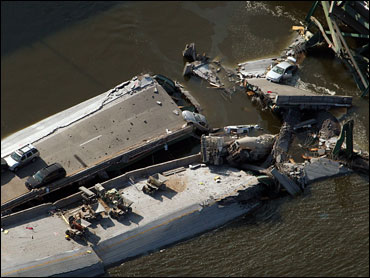 Every couple of months, some news organization will run a story about the crumbling infrastructure in the United States.

No one knows why the bridge over the Mississippi River collapsed in Minnesota Wednesday evening. But while some reports say the bridge passed inspections, one report suggested that it had significant problems and should be replaced.

Just hours before the bridge collapsed, Sens. Chris Dodd of Connecticut and Chuck Hegel of Nebraska introduced legislation that would pump billions into improving roads, wastewater systems, and mass transit. But here's the catch: How much would the cost be? More than $1.5 trillion a year.

Is it worth it to you?