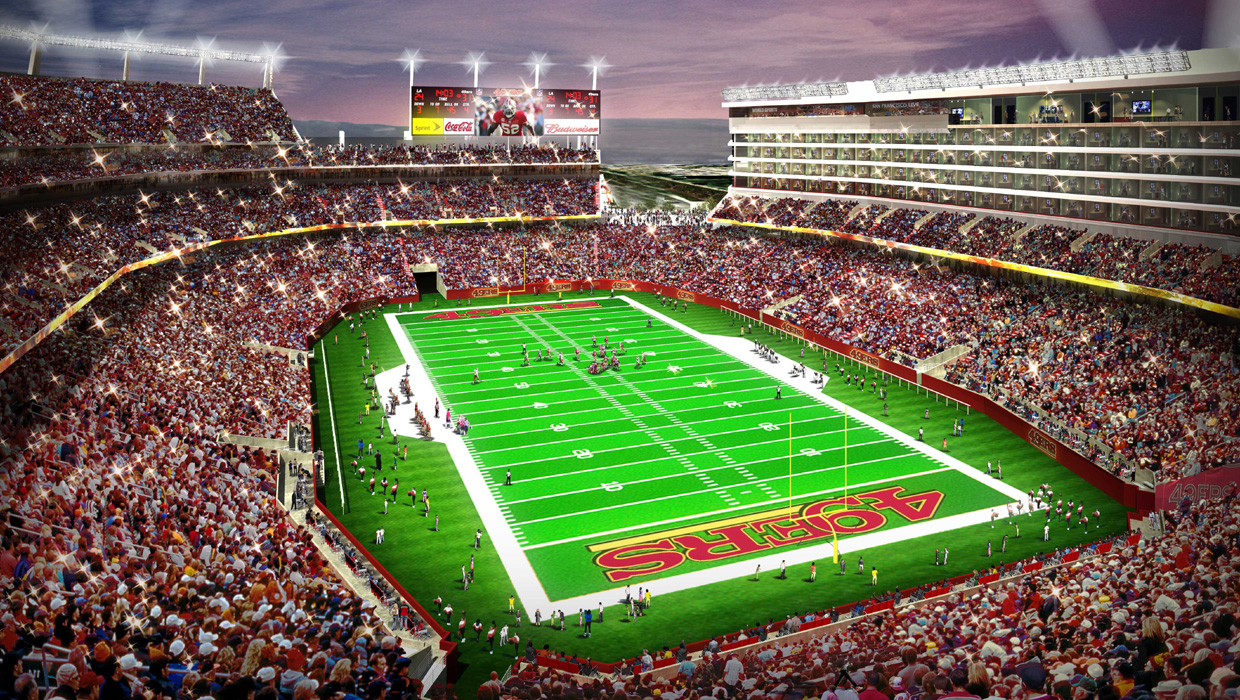 BOSTON The 50th Super Bowl will be held in the San Francisco Bay Area.

NFL owners voted Tuesday for the 49ers' new stadium as host of the 2016 game. That facility in Santa Clara, Calif., is due to open for the 2014 season.

San Francisco beat out South Florida, which was stymied in its bid to stage an 11th Super Bowl when the Florida Legislature did not support financing to renovate Sun Life Stadium.

The 2017 Super Bowl will be held in Houston, which also beat out Miami for that game.

The only previous Super Bowl played in northern California was at Stanford Stadium in 1985.

When NFL Commissioner Roger Goodell announced the decision, members of the San Francisco bid committee let out a roar of approval, then toasted each other with champagne.

It was the first time in a decade that a Super Bowl was awarded on the first ballot.

"The Bay Area has been waiting for a (title) game since 1985. We have a stadium now ... we are just thrilled and couldn't be happier about this," said Daniel Lurie, a leader of the San Francisco bid.

"We are going to get to highlight the best the Bay Area has to offer."

The Dolphins were denied public money for a stadium upgrade in South Florida following widespread complaints about the public investment sunk into the Marlins' new baseball home.

Multibillionaire Dolphins owner Stephen Ross contends $350 million in stadium improvements are badly needed, but he doesn't want to pay for them by himself. Nor does he want a scaled-down renovation of the 26-year-old facility.

Miami has hosted 10 Super Bowls, tied with New Orleans for the most. But neither will get the 50th.

For years, it was thought the NFL would seek to stage the 50th Super Bowl in Los Angeles, where the first one was played (but did not sell out) on Jan. 15, 1967. But with no franchise in LA and no suitable stadium projects approved, that hope disappeared.

Next Feb. 2, the game goes outdoors in a cold-weather site for the first time, at MetLife Stadium in the New Jersey Meadowlands. If that gamble pays off for the NFL, look for other cities in similar climates -- Washington, Baltimore, Philadelphia, Chicago, Denver -- to bid for future Super Bowls.

The 2015 game will be played in the Phoenix area.

Earlier Tuesday, owners approved a $200 million loan for stadium construction in Atlanta. The multipurpose stadium could cost as much as $1 billion, with team owner Arthur Blank committed to funding most of it. Blank, speaking at the NFL's spring meetings, called the decision by the team owners an "important milestone" in moving the project forward.