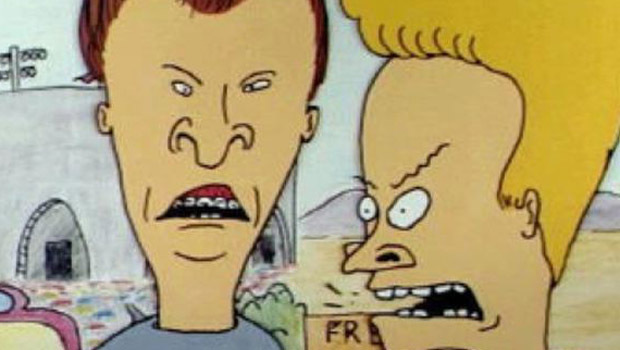 NEW YORK (CBS) They're back.

MTV officials announced Thursday that the controversial cartoon "Beavis And Butt-head" will be returning with all-new episodes set to air this summer.

The animated series scored loads of controversy during it's initial run in the 1990s. Parents decried the coarse language and foul behavior of the irreverent duo and cited the show as a bad influence on younger viewers.

Now, fans and even some celebrities are eagerly awaiting the return of Cornholio. On his Twitter page, pop star Justin Bieber tweeted, "Beavis and Butt-head are coming back!!!" Are three exclamation points really needed?

Series creator Mike Judge will be at the helm again for these new installments and will also continue to serve as the voice of the two head-banging roommates. It's not yet clear if the angst-ridden Daria will appear.

And, with the return of "Beavis And Butt-head" on MTV, the question remains if music videos will also be coming back to the network.